‘Kabul is being turned to a city of beggars’ 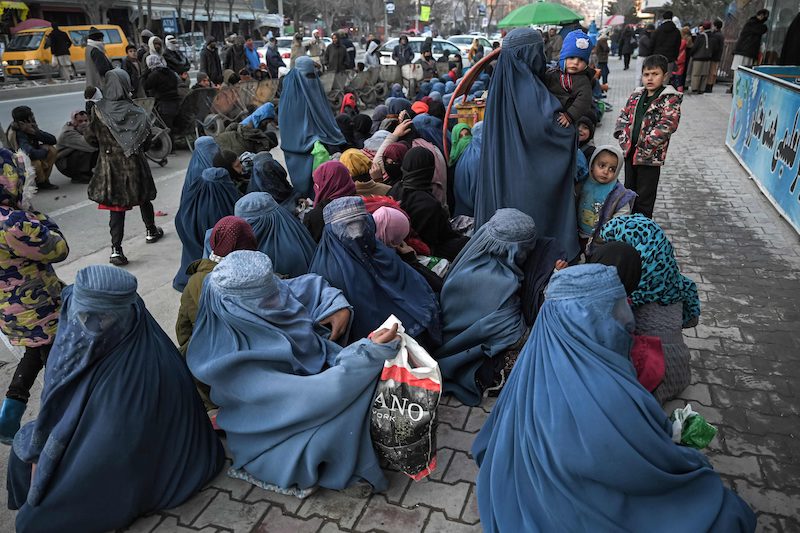 A legal news service run by law student volunteers “Jurist” in a report said that after the domination of “terrorists” in Afghanistan, ‘Kabul is being turned to a city of beggars.’

“Close to a year has passed since Afghanistan – a country where men and women were modernizing and striving for education, entrepreneurship and cultural building – fell to terrorists. In the course of 11 months, everything that our people had worked for and achieved at a snail’s pace with blood, sweat and tears got lost to the wind,” the report added.

The report added that the Taliban prevent girls from education as their first rule.

Jurist referring to the university entrance exam which will be held in coming months said, “pursuant to the Taliban’s belief women should be hindered from entering certain professions, save from teaching certain subjects and working in a narrow part within the medical industry, girls most likely will not be allowed to take in this exam to get into universities.”

Regarding the economy of Afghanistan said that the national economy in the past months has been solely surviving on assistance. Additionally, distribution of WFP aid has been under Taliban control and has been only distributed to locals in provinces and relatives of their own fighters.

“The most pressing issue, however, is the creation of thousands of religious Madrasas and training camps. In these Madrasas, children and teenagers are kept in conditons similar to a boarding school Less than minimum food and accommodation is provided to them through government support or begging (by the students of course). Children are taught about bombs, guns and are only given confusing religious literature on belief issues to prepare them for what they will be doing later on,” Jurist added while referring to the education issue in Afghanistan.

“In the upcoming months, if support isn’t provided to the various fronts resisting the Taliban, their ideologies and their extremist teachings will travel to every corner of the world. “

The report also discussed the harrowing situation of hunger in Afghanistan, adding that people who when they wake up in the morning aren’t sure if their children will go to sleep at night with a full stomach are by definition vulnerable, and this vulnerability will most certainly be exploited by anyone with an agenda and enough money to spend on it.

The news comes as it has been 11 months of Taliban’s domination in Afghanistan, in this period of time the international organizations and some countries have repeatedly expressed their concern regarding the shocking situation in this country.

It is mentionable that after the Taliban takeover lots of citizens lost their jobs, and accepting all the dangers they have headed to other countries illegally.

The Public Health Agency of Canada confirms over 30,000 new Covid-19 cases in one week