Afghansitan is one of the most dangerous places for journalists, just 9 of them killed in 2021: IFJ 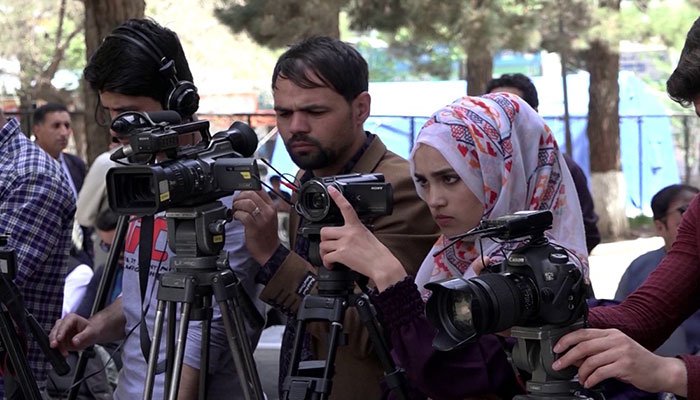 The International Federation of Journalists (IFJ) released its annual list of journalists and media staff who have been targeted and killed during 2021, in 20 countries of the world 45 journalists killed and 365 others are still in prisons.

According to IFJ report 9 journalists killed in Afghanistan during 2021.

According to IFJ the Asia Pacific region tops the regional list with 20 killings, before the Americas (10), Africa (8), Europe (6) and the Middle East and Arab World on just one. There was also a deadly accident which cost the lives of two journalists in Iran, and Mexico (8), India (4) and Pakistan (3) has place in list after Afghansitan.

Annual report of IFJ shows a drop in death tolls of journalists this year than last year, 65 journalists killed in 2020 but in 2021 the number dropped to 45.

This way Asia having 162 journalists in prison has the first position, while Europe, Middle East and Arabic counties, Africa, and America come after that.

“This also provides further evidence for a recurring finding in these publications that more journalists and media workers more often than not are killed for exposing corruption, crime and abuse of power in their communities, cities and countries,” IFJ says.

The IFJ advocates the adoption of a new United Nations Convention for the protection of journalists which would ensure accountability for journalists’ killings.

“Taliban took my brother with them from a wedding, we have absolutely no inkling of him”: Zohur brother of a former soldier

Taliban must reform their policies if they want recognition, Blinken says