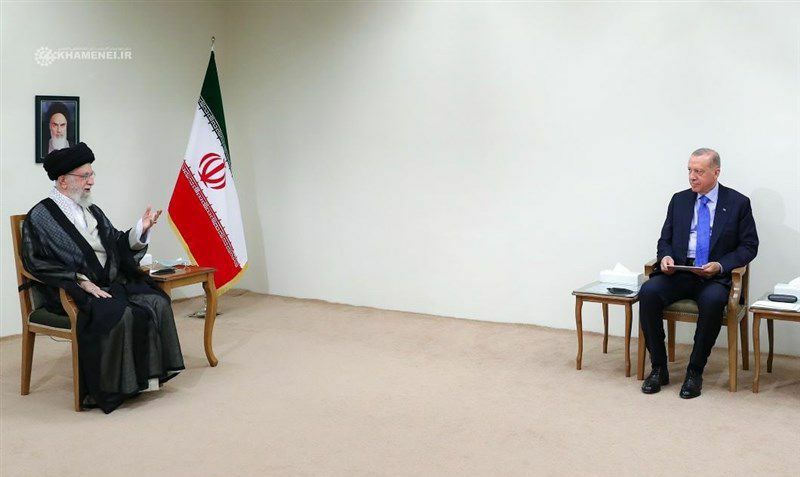 “Terrorism must definitely be confronted, but a military attack on Syria will only benefit the terrorists. Of course, terrorists are not just a certain group.” Khamenei told Erdogan. “We consider the security of Turkey and its borders to be our security. You should also consider Syria’s security to be your own security. Syria’s issues should be settled through negotiations. Iran, Turkey, Syria and Russia should settle these issues through dialogue.”

He added that Iran will help Turkey to fight against terrorism.

It is mentionable that Turkish president entered Iran late last night, and met some Iranian officials.

In the meantime, Russian president, Putin, has entered Iran as well, and the presidents of three countries are going to hold a joint meeting regarding the Astana peace process and developments in Syria.