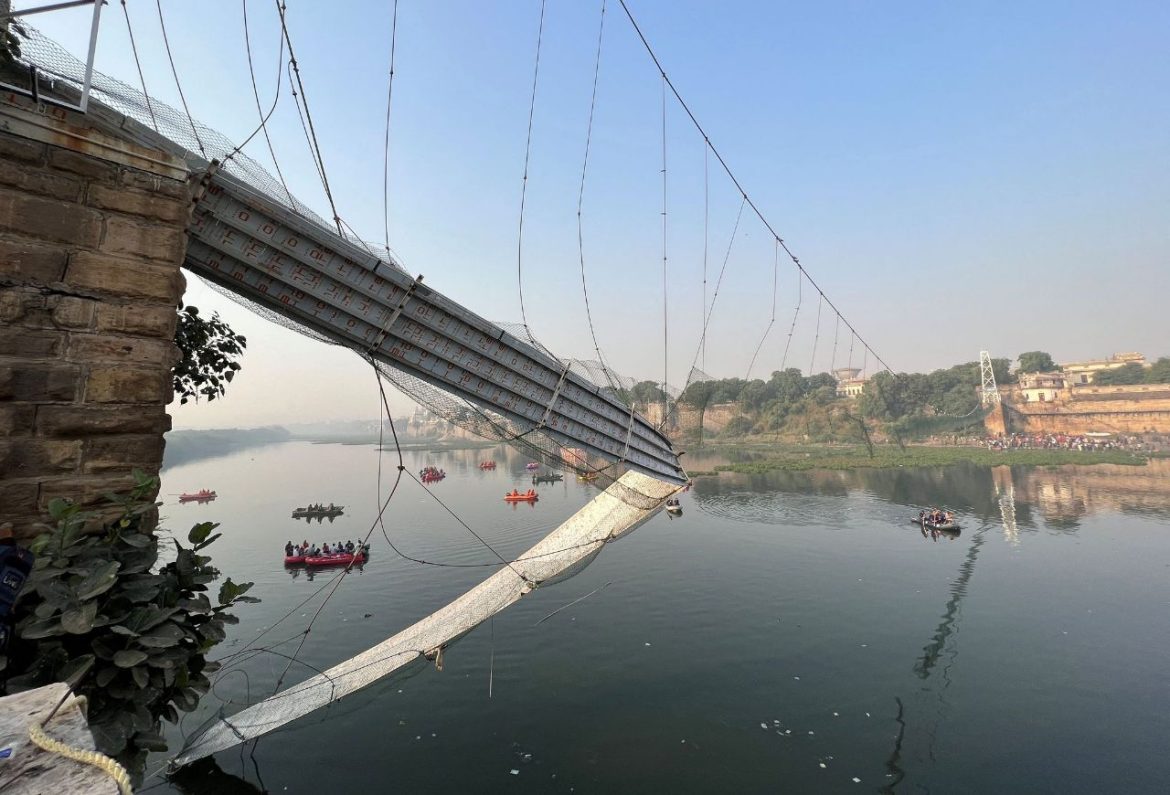 Indian authorities say that the death toll of victims of a bridge collapse has reached 132 people in the western Indian state of Gujarat.

The bridge while collapsed that 400 people were crossing it.

Local officials say that children are among the victims, too.

Authorities say more than 400 people were on and around the colonial-era suspension bridge at the time of the collapse.

The 230-meter bridge was built during British rule in the 19th century. It had been closed for renovation for six months and was reopened for the public last week.