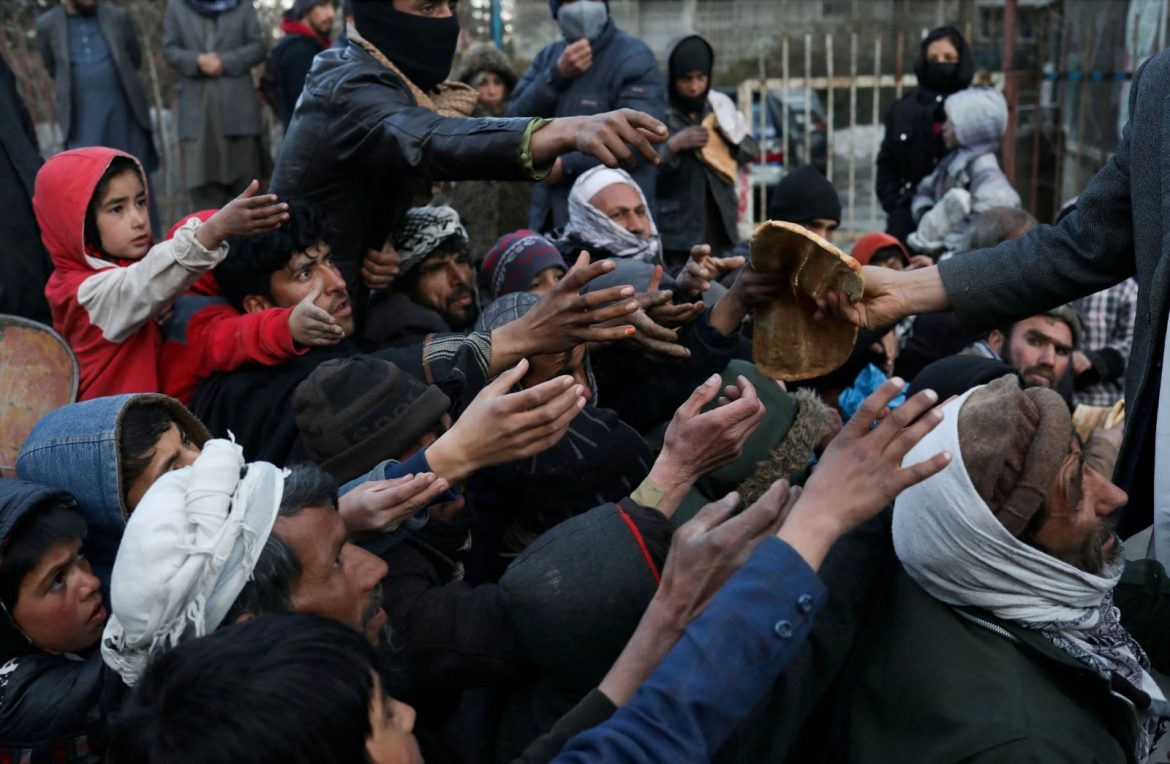 It has been more than nine months since Taliban’s domination in Afghanistan, within this period of time the level of poverty has increased unprecedentedly, and people do not have enough food to eat.

Director of World Food Programme (WFP) stated that approximately 95% of Afghanistan’s population do not have access to food, and about 22.8 million people experience lack of food, and need humanitarian aid.

Earlier, United Nations High Commissioner for Refugees (UNHCR) had emphasized that more than half of Afghanistan’s population needed humanitarian assistance.

The organization added that one out of two people in Afghanistan do not know how to prepare the next meal.

“Taliban brought drought with themselves, the poverty is spreading rapidly. The number of the ones who do not have job is increasing on crossroads [usually workers gather to do manual work], and receiving bread is becoming hard day to day,” Mohammad Ali, a resident of Balkh, told Aamaj News.

Mohammad Ali added that his son had gone to Iran illegally, but Iranian border police deported him and treated him badly, now he is at home and has nothing to do.

“Taliban are dividing the posts, instead of paying attention to poverty,” Mohammad Ali accused Taliban of irresponsibility.

“I come to the square early morning, but no body pays attention to the workers. The people do not have work to do, and providing food has become hard in this country,” Hakim, a manual worker said.

“I am in the city everyday, I see the people who have problems. When around the evening you go to the bakery, you see how poverty has spread. Child, woman, aged, young… are at line, untill someone buys them a loaf of bread. The situation hurts me,” Nader (not real name) said about the difficulties of people.

Nader believes that the Taliban government have no plan to get out of this situation, and emphasized that Taliban must find a way to pass the difficulties, otherwise, these days will be their final days. Because hungry people will do anything.

After Taliban’s domination, some donor countries have sent $889 million, but the way that money has been spent is not clear.

Center bank (Da Afghanistan Bank) under the control of Taliban, have repeatedly thanked the world for assistance, and urged that the opportunity for banking transactions must be provided to engage with the world.

It is mentionable that the US froze approximately $10 billion after Taliban’s domination, and Afghanistan does not have access to international banks.

The restrictions have caused the crisis of liquidity as well as the poverty of people in Afghanistan.

Zia Haqjoo was born in 1997. He completed his higher education at Balkh University and took journalism courses, too. He is now working as a reporter of Aamaj News Agency.

What is monkeypox, and how you can prevent catching it?