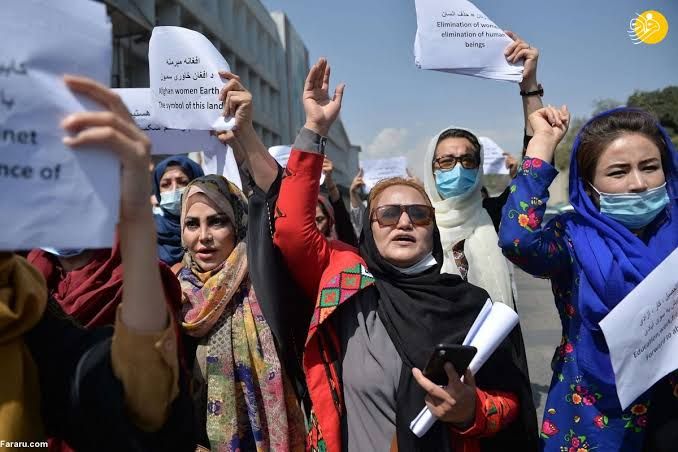 Human Rights Watch reported that Taliban members have resorted to violence to suppress the women protests.

HRW has interviewed two women who participated in the protest on January 16, they said to HRW that Taliban members were present at the scene before they started to march, some women escaped when they saw the Taliban members. But 25 of them started to protest, and Taliban members confronted them saying, “puppets of the West” and “whores.”

The women told HRW that they intended to march to Kabul University, but there a large group of Taliban were waiting.

According to HRW report the Taliban members surrounded the women and used an electric device to shock one of the protesters, as the protesters tried to escape the Taliban encirclement, they were sprayed with a chemical substance such as pepper spray that caused severe irritation of their skin, eyes, and respiratory tract.

A protester said to HRW she was still experiencing coughing and painful skin irritation 24 hours later. She said Taliban members hit her and physically assaulted other protesters.

After Taliban’s domination the majority of Afghan women have lost their jobs, and girls cannot go to school from grades 7-12. Public universities are closed, and Taliban are trying to propagate a dress code under the name of Islamic hijab.

Half of Afghanistan’s population are facing poverty and hunger, there is no sufficient humanitarian aid to Afghanistan: UNAMA