An armored truck drops lots of US dollar onto a freeway 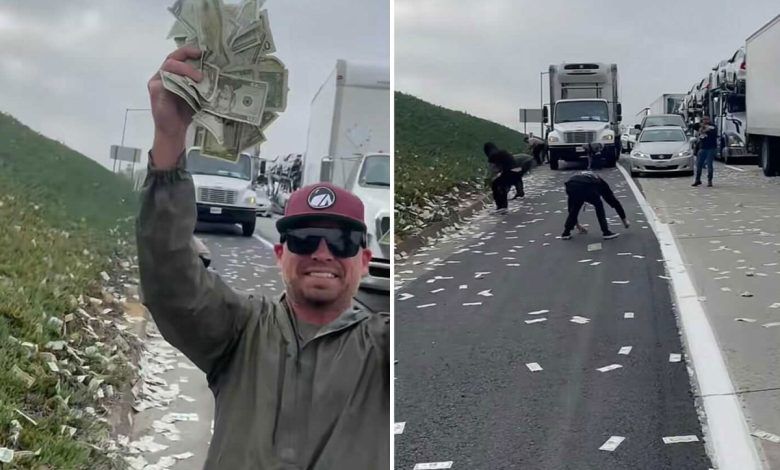 NBC News reports that an armored truck dropped loads of cash onto a freeway in Carlsbad, California, which caused a major traffic jam as motorists hopped out of their vehicles to collect the bills.

Authorities in this state warned the drivers to return the money or face possible criminal charges.

CHP and FBI said that they are investigating the incident, saying, “many of the motorists returned the money immediately to the officers; however, there were motorists observed driving from the scene with stolen money.”

CHP thanked the people who returned money to its offices, and remind the people to do the right thing and return the money that they found on the freeway.

A spokesperson of Taliban denies attack on professor Jalal