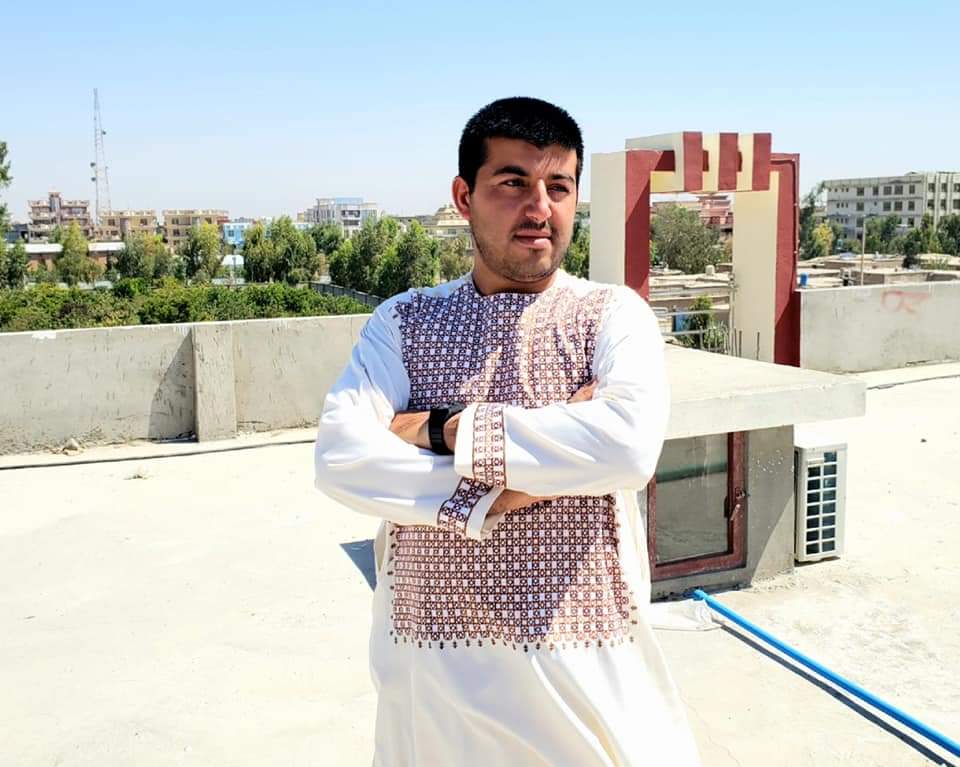 Family members of a young man in Helmand named Naweed Barakzai say to Aamaj News that Taliban arrested him on Thursday and took him to first security police station of Helmand, and now they have found his corpse.

Sharif Sharafat brother of Naweed says that his brother releasing a post on his Facebook account said to teachers that Taliban themselves are begging people to give them something to eat, how they can pay their salaries?

Naweed’s brother says that police station promised to release him after investigation, but on Sunday when they went to police station, they said that his brother had fled. After that somebody called from hospital and said that Naweed had broken his leg, but when he went to hospital, Naweed was dead.

“He was shot in his face, his head was broken from two or three parts. His shoulder had turned quite blue, and his back was injured. His all body was injured, and was soaked in water. Is it in Islam? Is it humanity,” Sharafat says.

Naweed Barakzai was graduated from economy and agriculture faculties.

Taliban have not officially stated anything about this incident.

All the barriers must be removed from streets, Taliban’s cabinet orders