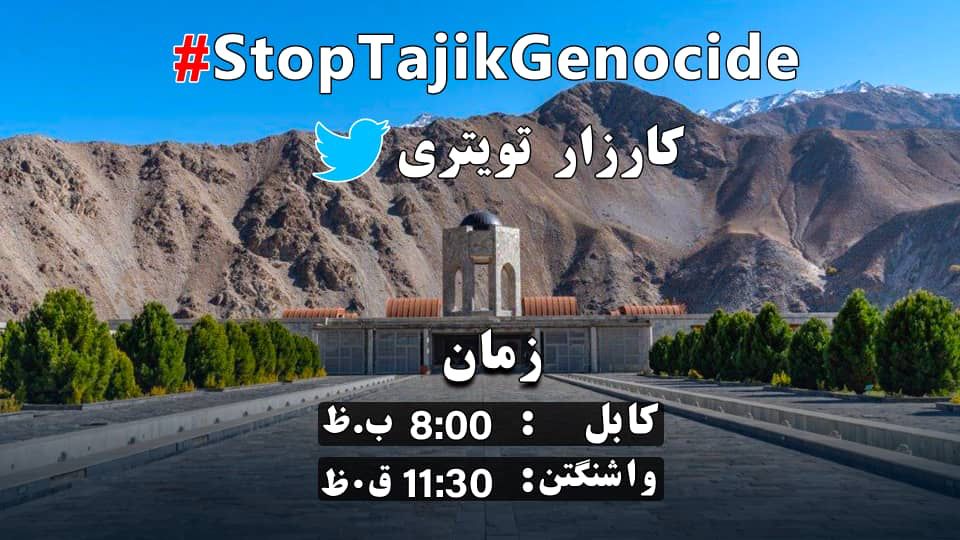 Some human rights activists and Twitter users have launched #StopTajikGenocide hashtag on Twitter to raise their voice, and draw the attention of people around the world on targeted killings in Panjshir.

The hashtag has been launched today on Twitter, and so far hundreds of users inside and outside of Afghanistan have shared and retweeted this one.

Twitter users wanted to draw the attention on recent incident in Panjshir and Andarab as well as massacre of Tajiks in Afghanistan.

Hoda Khamosh, a women’s rights activist, said that according to definition of international agreements and conventions Taliban are commiting any types of crimes including genocide, war crime, and crime against humanity and against people of Afghanistan in particular Tajiks every day.

Ahmad Zia Baqa Andarabi, a journalist said that the situation of civilians in Panjshir is shocking, and the world is silent.

He invited other users of Twitter to join that hashtag.

“Genocide in Panjshir and Andarab by Taliban, and the silence of the international organizations is

“Genocide in Panjshir and Andarab by Taliban, and the silence of the international organizations is shameful,” Ahmad Jawad Anwari, a Twitter user said.

“Stop genocide. In Panjshir the war is not against resistance, there is genocide going on,” Masomah Ghori a human rights activist said.

It is mentionable that it has been several days that intense conflict between NRF forces and Taliban has taking place in Panjshir, Andarab and Warsaj district of Takhar province.

The footage on social media shows that Taliban have taking hostages some people, additionally they shot and tortured some residents of Panjshir and Baghlan provinces.

Afghans are dying from lack of medicine: HRW

The US wrong assessments on durability of AFG and Ukraine govts