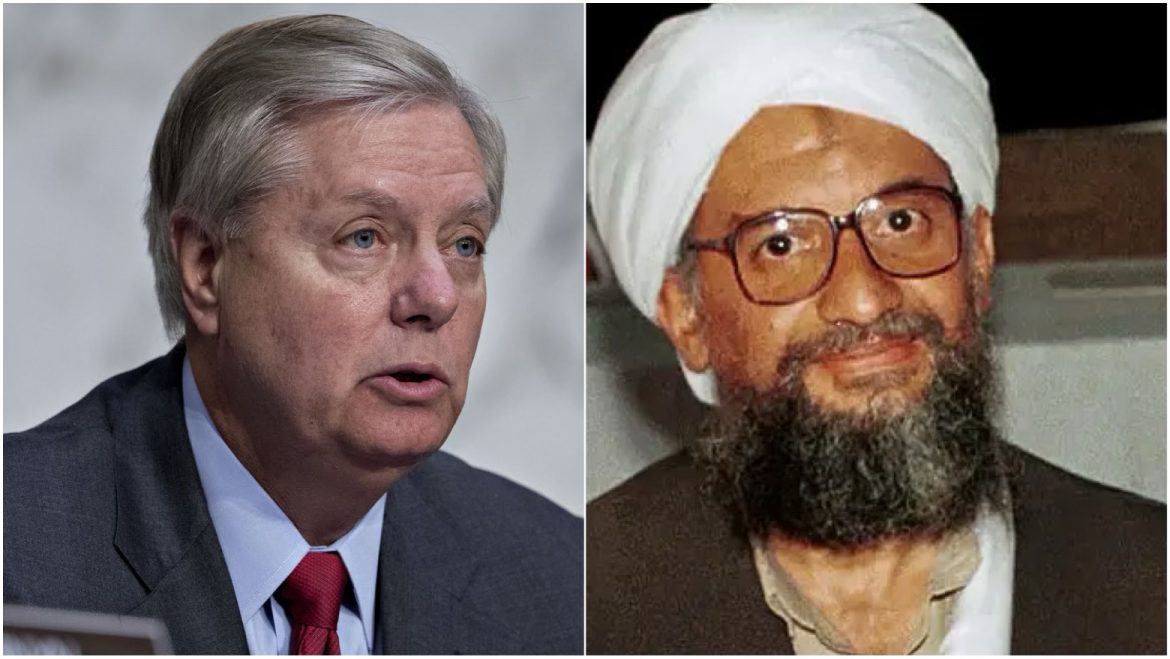 A Republican Senator, Lindsey Graham, said that Afghanistan has once again become a safe haven for international terrorists, as the al-Qaeda leader killed in Kabul.

“So much for the Taliban rejecting al-Qaeda. This is proof positive that Afghanistan has once again become a safe haven for international terrorists,” Graham in interview with Fox News said.

The US national security experts say Zawahri’s presence within the country signals a troubling relationship between al Qaeda and the Taliban. The two organizations have long co-existed alongside one another, sharing similar tactics and ideologies.

President Biden said that no civilians and members of Al Zawahri’s family damaged.

On the other hand, the Taliban spokesman, Zabihullah Mujahid, hours before the announcement of Al Zawahri’s death, confirmed the airstrike on Kabul.

The 71-year-old al Qaeda leader had ruled the terrorist organization since the death of Osama bin Laden in July 2011.

Bin Laden and Al Zawahri fled Afghanistan back in 2001, and their living place was a secret.

Last night, the US president said that the world has become a safer place by death of Al Zawahri.

“We make it clear again tonight that no matter how long it takes, no matter where you hide, if you are a threat to our people, the United States will find you and take you out,” said President Biden.

Biden reiterated that the death of Al Zawahri is part of the US commitment that will not allow that Afghanistan becomes the safe haven of terrorists.