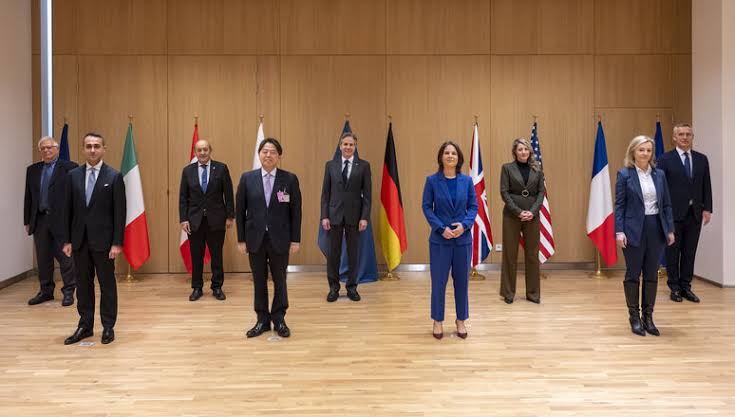 The G7 foreign ministers and the high representative of the EU called on Taliban to lift restrictions on women that this group has already imposed.

“We, the G7 Foreign Ministers of Canada, France, Germany, Italy, Japan, the United Kingdom, and the United States of America, and the High Representative of the European Union express our strongest opposition and deplore the increasing restrictions imposed on the rights and freedoms of women and girls in Afghanistan by the Taliban,” they said issuing a statement.

“We stand with the Afghan people in their demand for equal rights in line with the Taliban’s commitments to all Afghans and Afghanistan’s obligations under international law,” the statement added.

G7 foreign ministers and high representative of the EU condemned the recent decree of Taliban regarding compulsory hijab, and punishment of women’s male guardians for hijab related issue.

The statement added the Taliban become more isolated internationally by such acts.

It is mentionable that Taliban issuing a decree regarding the hijab added that women’s male guardians will be punished if they do not observe hijab.

Earlier this decision of Taliban elicited internal and international reactions.