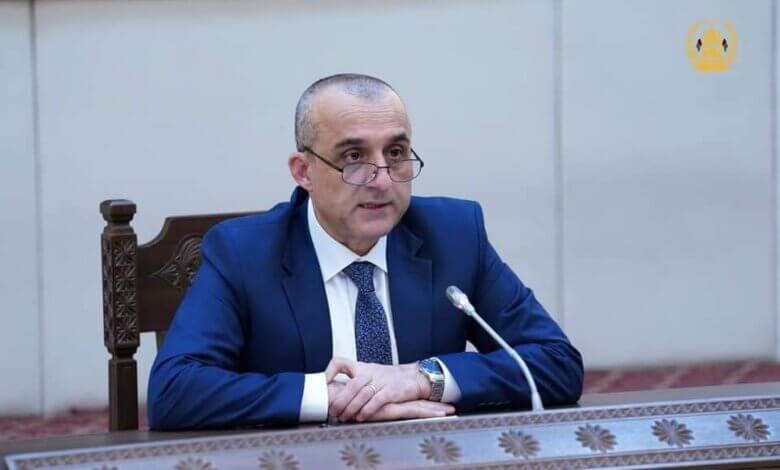 Mr. Saleh added that Taliban want to announce Kandahar as capital of Afghanistan politically, and want to reduce Kabul to an administrative capital to save it from movements, political tension, and uprising of people.

He added that parliamentary election will be held under the supervision of Mullah Hibatullah Akhundzada, leader of Taliban, that former parliament members and women cannot be candidate in the election.

It has been said that Taliban do not allow women to be a member of parliament, and deprive them from cabinet as well according to their new scheme.

Saleh added that Hibatullah Akhundzada will introduce the prime minister to parliament, and parliament members will just hear his plans and do not have the right to accept or reject him.

Former vice president added that chief justice will be special envoy of Mullah Hibatullah, and parliament members will have no role to appoint members of supreme court.

He emphasized that Shiites cannot assume a high profile post in justice system.

He added that Taliban are going to form a council under the name of “Ulemas’ Council” to protect the basics of “Emirate” and appoint the successor of Mullah Hibatullah after his death. The headquarters of the council will be in Kandahar, but the members will be in all provinces as top political and religious figures.

Saleh continued that no party, local council and association will have the activity right under this regime. No Shiite can assume a high profile job in justice system.

Mr. Saleh added that after “Loya Jirga” all non-governmental publications will be closed or restricted more than now.

AFG heading back to dark days, life ‘has become a prison for most women and girls’: Barr

Some youths shot dead by Taliban in Badakhshan: Sources