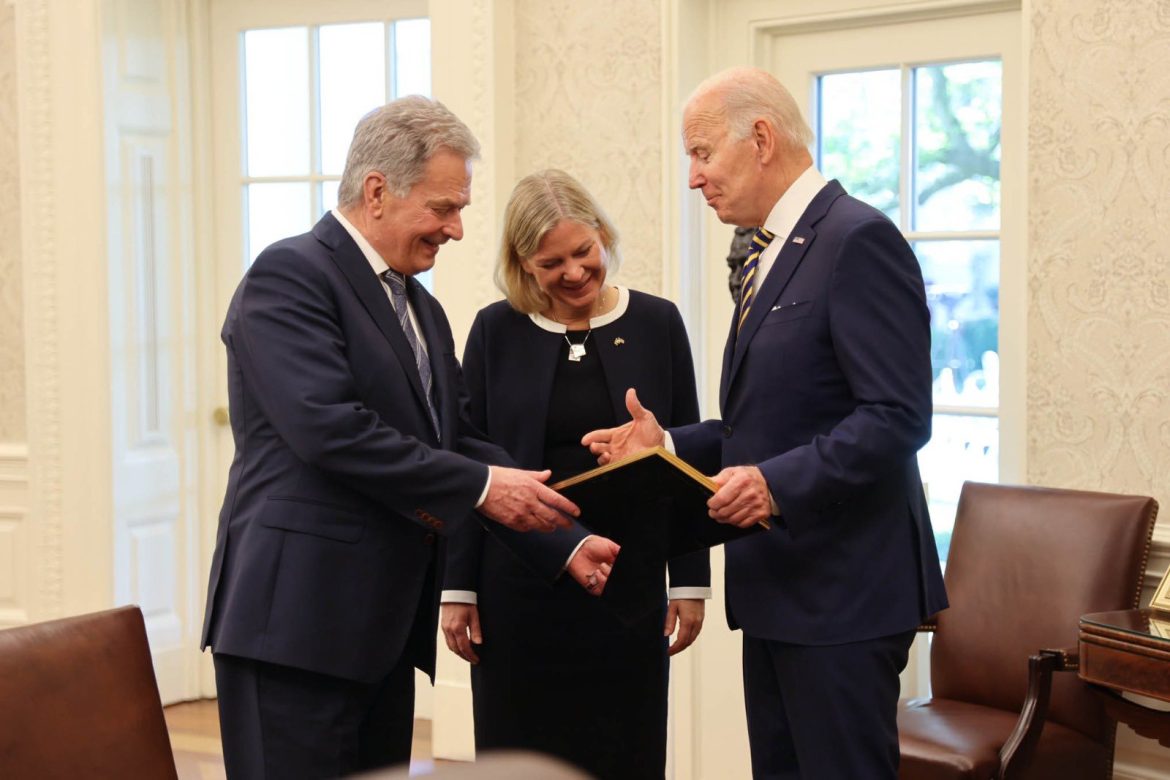 The US president, Joe Biden, has promised full support for the membership applications of Finland and Sweden to NATO.

Mr. Biden in a meeting with Sauli Niinistö, and the Swedish prime minister, Magdalena Andersson, announcing his full support said that their membership is not a threat to other countries.

“Today I’m proud to welcome and offer the strong support in the United States for the applications of two great democracies, and two close, highly capable partners to join the strongest, most powerful defensive alliance in the history of the world,” Biden said visiting leaders of Sweden and Finland.

This week Sweden and Finland officials requested to be members of the North Atlantic Treaty Organization (NATO), the decision could be a major change in the field of politics in Europe.

In the meantime, Turkey refused to approve their membership and urged the countries to review their policies towards Kurdistan Workers’ Party, or PKK.

“Finland has always had proud and good bilateral relations with Turkey. As Nato allies, we will commit to Turkey’s security, just as Turkey will commit to our security,” the Finnish president said. “We take terrorism seriously. We condemn terrorism in all its forms and we are actively engaged in combating it.”

Both Sweden and Finland have taken the decision after Russia’s invasion of Ukraine.

Russian foreign ministry in a statement said Russia will act to combat the threat posed by Sweden considering the conditions of the membership of this country to NATO.

In the meantime, Mirror reported that Vladimir Putin’s forces have begun moving nuclear-capable Iskandar missiles towards its border with Finland.

It is mentionable that for approval of a new member in NATO all 30 members of this organization must approve the application.

Will Biden’s trip in Asia focus on establishing better relations or further tensions?