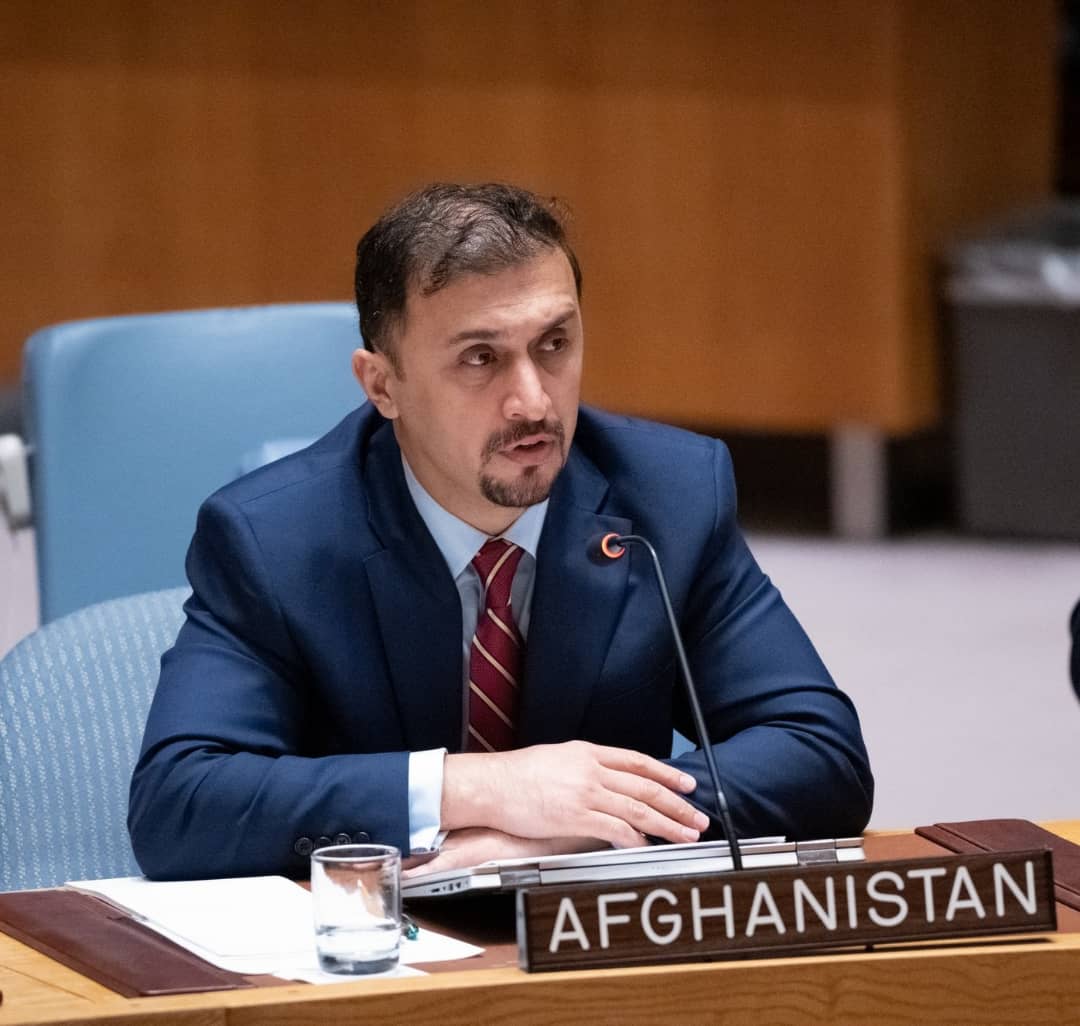 Naseer Ahmad Fair, Chargé d’affaires of Afghanistan permanent Mission to the UN, at the UN Council meeting said that no structure will last without the accepting and respecting people’s demands.

He added that the presence of terrorist groups including Al Qaeeda and ISKP in Afghanistan has increased the level of threats to this country, the region and the world.

He speaking at the UN Council said that current administration in Afghanistan will continue the war resorting to force and brutality, warning that the continuation of the status quo will deprive the country of peace and development.

He referring to the restrictions of Taliban against women in Afghanistan, described the country as the worst place for women, and added that Taliban in one year imposing restrictions on women have deprived girls of school.

He supporting the national discourse led by Ahmad Massoud, son of late commander Ahmad Shah Massoud and founder as well as leader of the National Resistance Front of Afghanistan (NRF) said the discourse must be supported via a framework and road-map to form an inclusive system based on the rule of law, justice and the will of people.

Mr. Faiq accused the Taliban of breaking their promises, and added that forced displacement, violence against female activists, massacre, torture are blatant violation of human’s rights and war crime.

UNDP: 97% of poeple in AFG at risk of falling below the poverty line this year