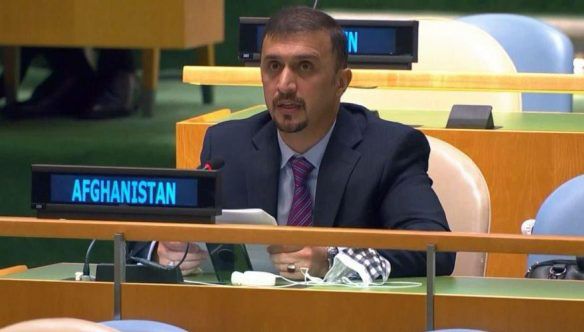 Charge d’Affaires of Afghansitan Permanent Mission to the UN, Naseer Ahmad Faiq, says that Afghanistan is still the victim of terrorism and its people are suffering from terrorist acts and threats caused by the presence of terrorist groups.

On the occasion of August 21, the International Day of Remembrance and Commemoration of Victims of Terrorism, Mr Faiq tweeted that five years ago, the Permanent Mission of Afghanistan to the United Nations presented a resolution with the support of 95 countries to the General Assembly of this organization to recognize and name this day. It was approved unanimously.

He added because of the efforts of the Permanent Mission of Afghanistan in the United Nations, “the second resolution to increase and attract international aid to the victims of terrorism also approved.”

Naseer Ahmed Faiq emphasized that the efforts have been made by Afghanistan as a victim of terrorism because of international solidarity and support for victims of terrorism.

It has been a year since Taliban’s domination. While this country has been called as the victim of terrorism by Mr Faiq, before the domination of this group, several Taliban members were in the UN Security Council’s blacklist as terrorists.