Explosions across the country: Kabul, Balkh, Kunduz and Nangarhar 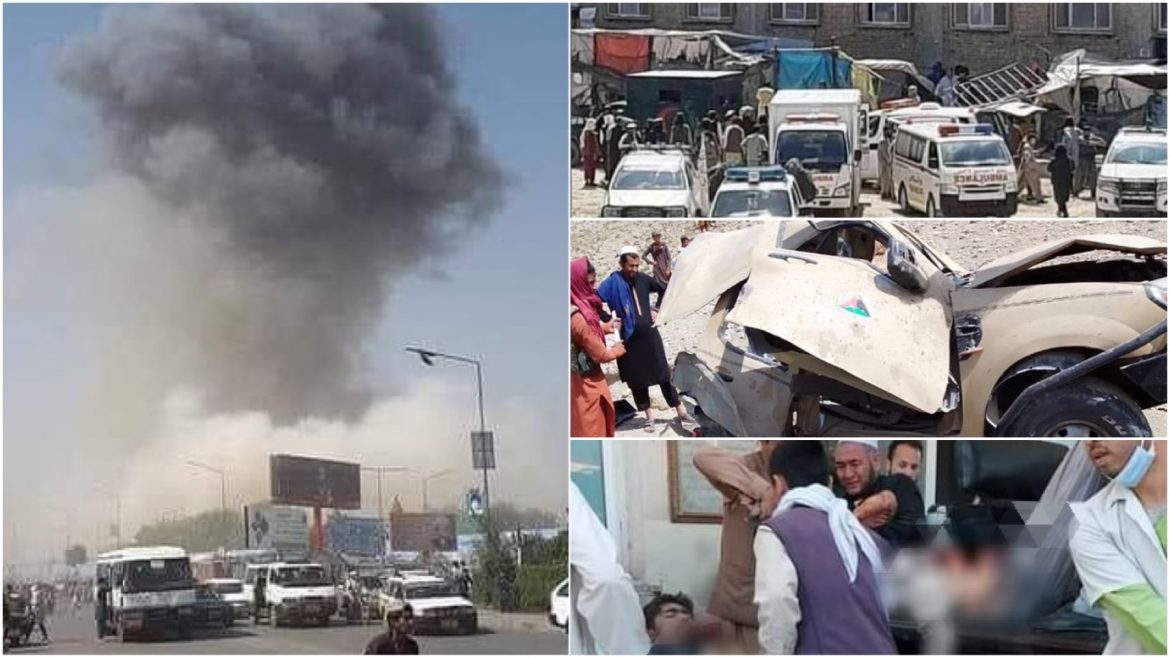 In Afghanistan under the control of Taliban, just two days after deadly explosions in west of Kabul, four explosions took place in Kabul, Balkh, Kunduz and Nangarhar provinces.

The first one took place in Qambar crossroads, PD5 of Kabul city.

Taliban interior ministry said that two children superficially wounded as a result of the explosion of a mine which had been planted in a vase.

On the other hand, sources say that several minutes ago another explosion took place in Sih Dokan mosque, in north part of shrine of Ali known as Rawza e Mubarak.

Sources confirm that the explosion took place while people were praying. According to the sources so far 5 dead bodies and 60 wounded people have been transferred to the hospital.

Additionally, Taliban local authorities in Nangarhar say as a result of explosion of a roadside bomb in Khogyani district, four of their fighters killed and one other wounded.

Taliban have not commented on explosions in Mazar-e-Sharif and Kunduz provinces.

Two days ago, consecutive explosions took place in an education center and a school in west of Kabul.

According to reports 100 students died as a result of explosions, but Taliban do not confirm.

Marshal Dostum is the executor of the ISIS project in the region: Tasnim News Agency