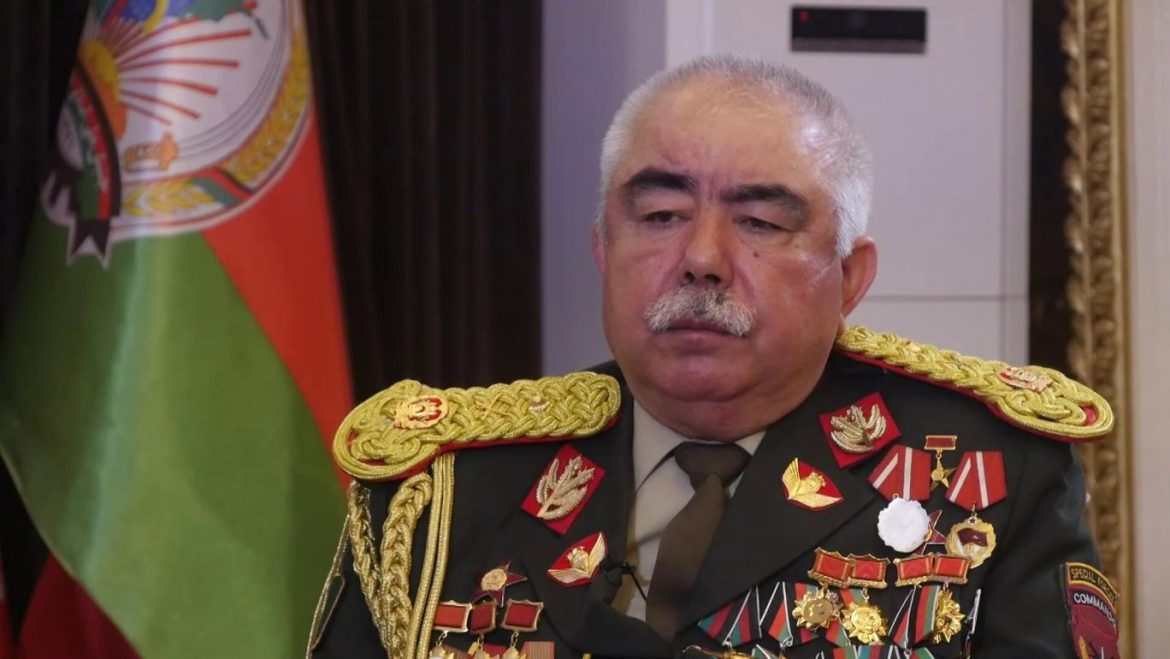 Dostum said that the country has witnessed unsuitable events and situation nine months after Taliban’s domination, which has concerned all the people. He added that political anarchy, violation of human rights, weakening and threatening freedom and rights of woman, suppressing and resorting to violence against protesters, seeking and assassinating former security forces, arbitrary arrests, and drumhead court martial are the hallmarks of Taliban’s government which led to people’s dissatisfaction with this government.

Leader of Junbish-e Milli party added that in recent days the Taliban Killing civilians in Samangan, Panjshir, Andarab in Baghlan, and Warsaj in Takhar have committed anti-Islamic and anti-humanity deeds. He added that Taliban have shot innocent civilians accusing them of collaboration with resistance forces who fight against Taliban.

Dostum said this act of Taliban is the true example of war crime and it is against humanity.

Mr. Dostum added that there is no difference between the first and second rule of Taliban, considering the attention of world to Ukraine, they commit crimes killing the people.

Marshal Dostum said that one of the reasons of his “meaningful” silence is the studying of the development of “peace” and stop of war as well as forming an inclusive government in Afghanistan.

But he warned that he will be forced to take serious actions due to revival of extremism, increasing of hasty pressure, and abusing the power as well as teachings of Islam to obtain ethnic goals, which have no place in national religion and culture.

The reactions came after Taliban’s military campaign, and killings of civilians in some areas by them. Experts believe the current situation is the start of an ethnic conflict and civil war in Afghanistan.

Massacre of civilians by Taliban is a crime against humanity: Mohaqiq

Pursuing ethnic goals under the name of Islam forces us to take serious actions: Dostum – Kokcha News Agency May 13, 2022 - 10:11 am

[…] post Pursuing ethnic goals under the name of Islam forces us to take serious actions: Dostum appeared first on Aamaj […]