Residents of Kabul complain of lack of electricity 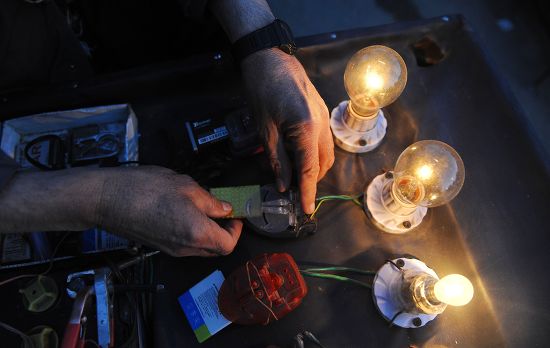 A number of residents of Kabul told Aamaj News Agency that they spend days and nights of the scorching hot summer without electricity.

They complained of lack of electricity and added that the issue has led to shortage of drinking water and other difficulties.

They said that only 10 hours out of 24 hours a day they have electricity, and in lack of electricity they spend the scorching hot days in a tough manner.

They urged the Taliban to address the problems.

One of the residents of Khushal Khan area in Kabul told Aamaj News that it has been three days that they have been facing lack of electricity, and just have electricity for three hours.

Earlier some residents of Kabul, especially the residents of Khair Khana, PD 11, in an interview with Aamaj News had complained of lack of electricity and drinking water.

The news comes as two days ago a Pakistani delegation meeting the Taliban authorities said that they were interested in investing in electricity in Afghanistan.

We wanted to have the opinion of officials in DABS regarding this issue, but they refused to comment.

Iranian and Pakistani officials discuss the situation in Afghanistan