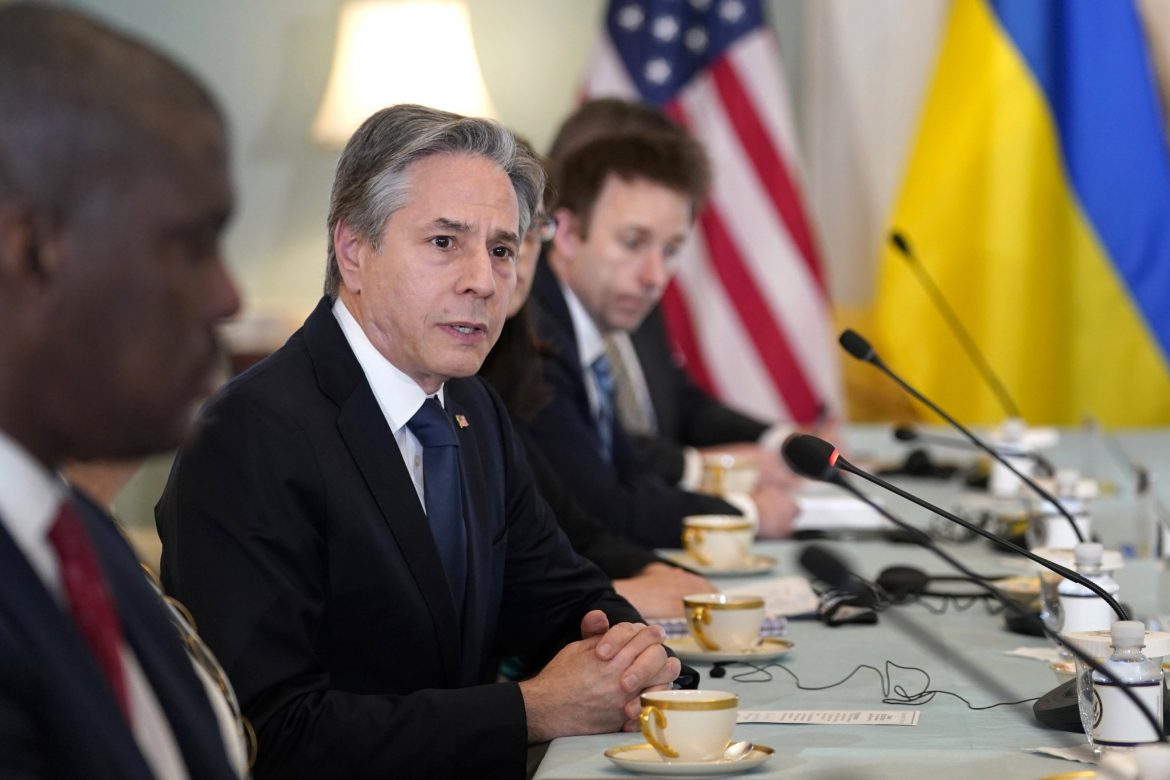 The White House, the US Department of State and Department of Defense have not confirmed this issue yet, additionally they refused to give more details as well.

If the US officials confirm the news, it will be the first time after two months since Russia’s invasion that the US top officials visit Ukraine.

Earlier on Saturday, president Zelenskyy, in a press conference said that the US Secretary of Defense and State would visit Ukraine by Sunday.

Volodymyr Zelenskyy in an interview with CNN urged Joe Biden to visit his country.

After Russia’s invasion of Ukraine more than six million people have displaced and thousands of others have died.

Taliban to ban the activities of YouTube channels in Badakhshan

A journalist of Al Jazeera shot dead by Israeli...

it was great. good for you,

I truly appreciate this post. I have been looking all over for this! Thank goodness I found it on Bing. You’ve made my day! Thx again

Wow, marvelous blog layout! How long have you been blogging for? you make blogging look easy. The overall look of your site is magnificent, as well as the content!

you’ve an awesome blog right here! would you prefer to make some invite posts on my blog?

buy modafinil 200mg without prescription provigil 200mg over the counter

I will right away grab your rss feed as I can’t find your e-mail subscription link or newsletter service. Do you’ve any? Kindly allow me recognize so that I could subscribe. Thanks.

Normally I do not read post on blogs, but I wish to say that this write-up very compelled me to check out and do so! Your writing taste has been amazed me. Thank you, very nice post.

I enjoy meeting utile information , this post has got me even more info! .

I simply could not go away your site before suggesting that I actually enjoyed the usual information a person supply to your guests? Is gonna be back regularly in order to check up on new posts.

I always was interested in this topic and stock still am, appreciate it for putting up.

Wonderful blog! I found it while surfing around on Yahoo News. Do you have any suggestions on how to get listed in Yahoo News? I’ve been trying for a while but I never seem to get there! Appreciate it

wonderful points altogether, you just gained a brand new reader. What would you suggest in regards to your post that you made a few days ago? Any positive?

F*ckin’ awesome things here. I’m very glad to see your post. Thanks a lot and i’m looking forward to contact you. Will you kindly drop me a mail?

I see something really special in this site.

I was just looking for this information for a while. After six hours of continuous Googleing, at last I got it in your web site. I wonder what’s the lack of Google strategy that do not rank this kind of informative sites in top of the list. Normally the top sites are full of garbage.

Hello there, I found your web site by the use of Google whilst looking for a comparable topic, your site got here up, it looks great. I’ve bookmarked it in my google bookmarks.

Hey, you used to write wonderful, but the last few posts have been kinda boring… I miss your tremendous writings. Past few posts are just a little bit out of track! come on!

Thank you a lot for sharing this with all folks you actually recognise what you are talking about! Bookmarked. Please also talk over with my web site =). We will have a hyperlink exchange arrangement among us!

I haven’t checked in here for some time since I thought it was getting boring, but the last few posts are good quality so I guess I will add you back to my everyday bloglist. You deserve it my friend 🙂

Very interesting points you have mentioned, appreciate it for putting up.

Hello, you used to write wonderful, but the last few posts have been kinda boring… I miss your great writings. Past few posts are just a little bit out of track! come on!

Hey there! This is kind of off topic but I need some advice from an established blog. Is it difficult to set up your own blog? I’m not very techincal but I can figure things out pretty fast. I’m thinking about setting up my own but I’m not sure where to start. Do you have any points or suggestions? Many thanks

I do not even know how I ended up right here, but I assumed this post was once good. I do not realize who you might be however certainly you’re going to a famous blogger for those who aren’t already 😉 Cheers!

Thank you for sharing excellent informations. Your web-site is very cool. I am impressed by the details that you’ve on this web site. It reveals how nicely you perceive this subject. Bookmarked this website page, will come back for extra articles. You, my friend, ROCK! I found simply the information I already searched everywhere and just could not come across. What a great site.

I enjoy your work, thankyou for all the useful blog posts.

Heya! I just wanted to ask if you ever have any issues with hackers? My last blog (wordpress) was hacked and I ended up losing many months of hard work due to no data backup. Do you have any solutions to stop hackers?