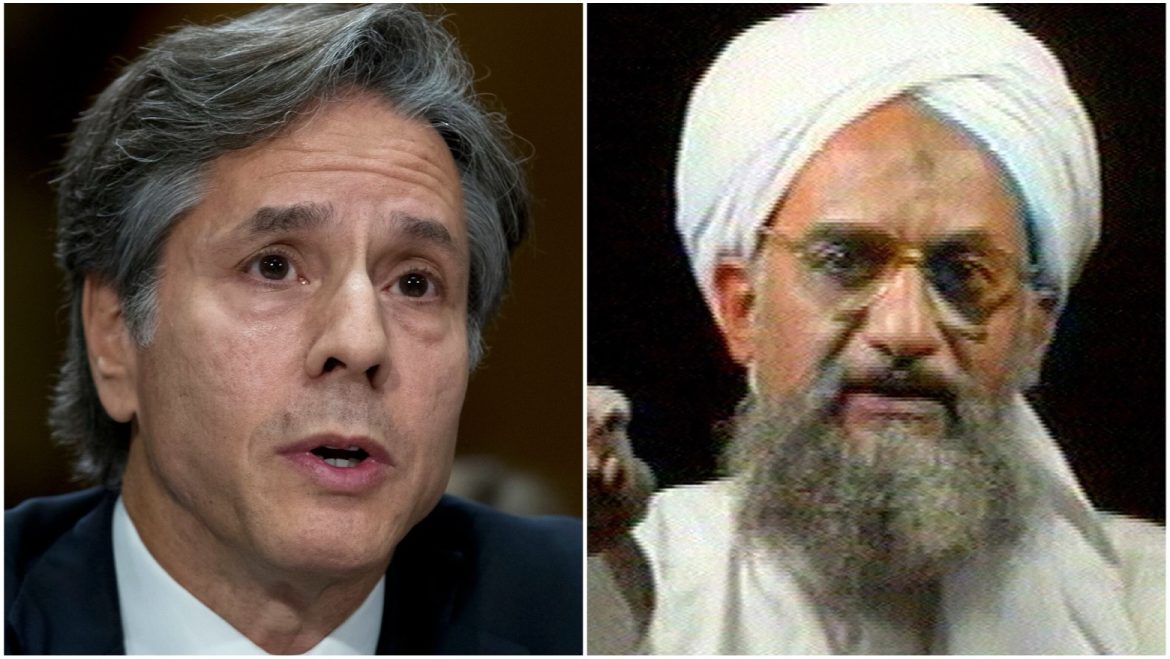 U.S. Secretary of State, Antony Blinken, said that the Taliban “grossly” violated the Doha Agreement by hosting and sheltering al Qaeda’s top leader Ayman al-Zawahiri, as he killed in Afghanistan by US-led drone strike in Kabul.

Blinken added that the Taliban had promised the world not to allow anyone to use the soil of Afghanistan against other countries.

“They (the Taliban) also betrayed the Afghan people and their own stated desire for recognition from and normalization with the international community,” Blinken releasing a statement said. “The world is a safer place following the death of Zawahiri, and the United States will continue to act resolutely against those who would threaten our country, our people, or our allies and partners.”

On Monday night, Biden stated that the al-Qaeda leader Al Zawahri killed as a result of a drone attack carried out by the US forces.

The Taliban spokesman, Zabihullah Mujahid, confirming the attack said Taliban strongly condemn the attack on “any cause and calls it (is) a clear violation of international principles and the Doha Agreement.”

But Taliban have not expressed their opinion regarding the death of Al Zawahri.

Afghanistan is once again a sanctuary for Al Qaeda: NRF