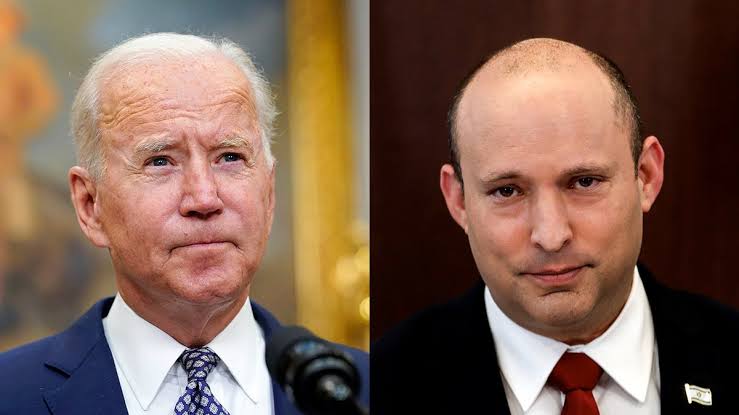 White House in a statement said that US president, Joe Biden, spoke with prime minister of Israel, Naftali Bennett.

According to the statement both sides discussed the shared security and other challenges in the Middle East region, including the threat posed by Iran and its proxies.

White House added that Biden underscored his commitment to expanding stability and partnerships across the Middle East region.

The statement added that both leaders discussed the recent U.S. operation against the ISIS leader in northwestern Syria and the ongoing U.S. commitment to protect the American people and support the defense of its partners across the Middle East region.

“The two leaders also discussed global challenges outside of the Middle East region, including the potential of further Russian aggression against Ukraine,” the statement continued.

Biden also thanked Bennett for his invitation, and added that he will visit Israel later this year.