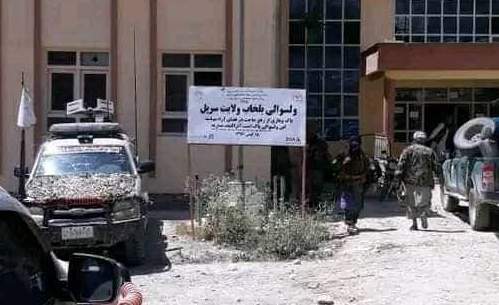 According to a list which has been sent to Aamaj News by local sources, Taliban have killed more than 50 civilians in Balkhab district of Sar-e-Pul province in past few days.

The dead bodies of 36 of the civilians have been buried so far, but others have not been identified although their dead bodies are there, the sources added.

The list reveals that 6 dead bodies in Sher Qala neighborhood, 3 in Ielaq Girow and 13 others in Ielaq Chinar have not been buried yet.

According to the sources the corpses of some civilians including women and children have not been buried in Hush, Prushan, Larakrud, Toughi and Dahana villages too.

The sources added that the corpses of 36 people have been buried while the elders mediated and governor of Sar-e-Pul ordered.

On the other hand, Taliban have started house-to-house search in Balkhab as well.

Taliban deny the casualties of civilians.

Earlier Taliban had been accused of massacring people in Panjshir and Andarab as well.

It has been a week since the Taliban attack on Balkhab.

Additionally, humanitarian organizations have expressed their concerns regarding the reports of massacring of people in Balkhab.

Taliban arrest former chief of security of Bagram, his son and nephew