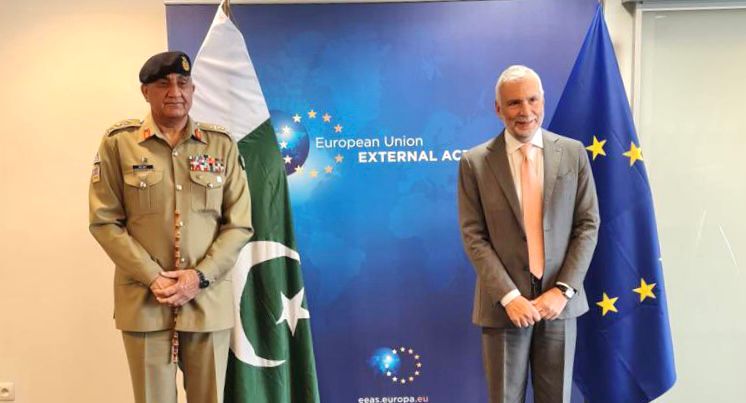 Yesterday, the Inter-Services Public Relations (ISPR) of Pakistan announced that Chief of Army Staff (COAS) of Pakistan, General Qamar Javed Bajwa, in his visit to Belgium, discussed the situation of Afghanistan with European officials.

“During the meeting matters of mutual interest, overall regional security situation including current situation in Afghanistan and bilateral relations with EU were discussed. COAS said that Pakistan values its relations with EU countries and earnestly look forward to enhance mutual cooperation based on common interests,” ISPR said in the statement.

In recent days affiliates of Balochistan Liberation Army (BLA), carried out a series of attacks on Pakistan Army, as a result left a number of soldiers dead and wounded.

While the chief of army staff of Pakistan visits Belgium that Pakistan Army is trying to suppress rebels near the border of Afghanistan.