Are women and children taken hostage in Baghlan? 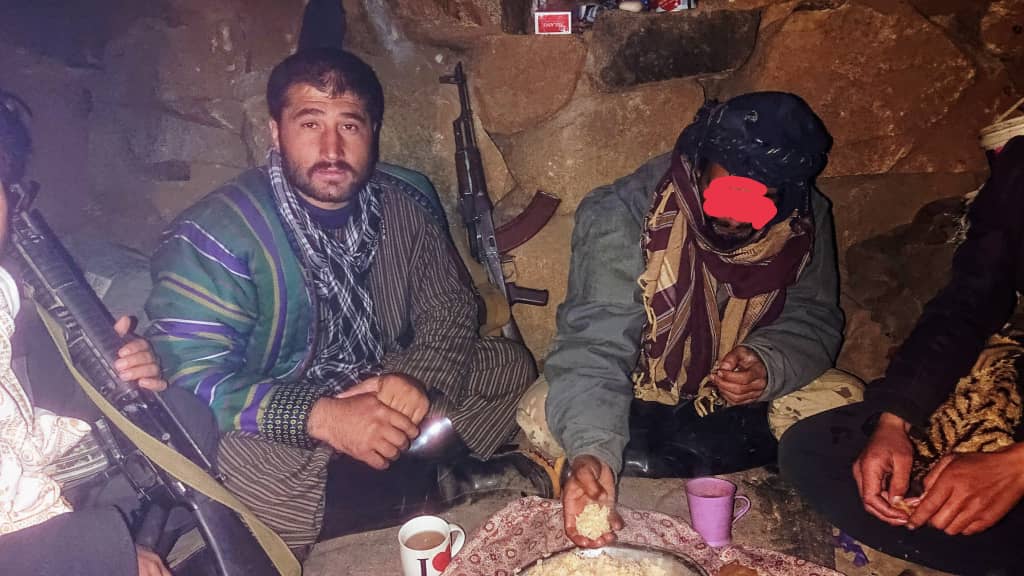 Following three days skirmish in Baghlan between National Resistance Front forces and Taliban fighters in Khost district of Baghlan province, some sources confirm to Aamaj News that Taliban have taken the families of NRF and former security forces as hostages, as they were not able to defeat these forces. Although Taliban do not say anything about this issue, but NRF says that Taliban have suffered heavy casualties in Khost district of Baghlan province.

Sidiqullah Shuja one of NRF commanders told Aamaj News that Taliban in past few days attacked on them in valleys of Charkhie-Falak and Kazar of Khost district of Baghlan province. They were approximately 500 fighters and faced extreme resistance of NRF forces there. Taliban not considering the war law, have taken ordinary people including women and children. As a result of these conflicts 12 fighters of Taliban have been killed.

Commander Shuja himself is at front line of war confirmed that 3 NRF forces had been killed as well. He added that Taliban had taken their families, to save them NRF fighters surrendered themselves.

Commander Shuja said that the skirmish between NRF forces and Taliban fighters lasted for three days. He added that Taliban making excuses have targeted the families of former security forces and their opponents under the name of ISIS and NRF members.

The commander also added that Taliban have taken some family members of NRF and former security forces as hostages and use them as human shield.

Meanwhile, former interior minister, Masoud Andarabi, tweeted that Taliban continue their inhumane action and war crime, that it must not be a normal thing. He claimed that Taliban have taken hostages some residents of Khost district.

Mr. Andarabi added that Taliban forces and other international terrorists have carried out offensive, artillery attacks using heavy arms, and as a result a number of Khost district residents have been displaced and over 50 of them have been taken hostages.

According to the UN Resolutions using civilians and children as human shield and hostage taken are war crimes, and nobody is allowed to target civilians.

A source of NRF intellegence confirms that last night Taliban took 5 people with them from “Farzo” nieghborhood at 12:00 a.m. and nobody knows about their fate.

A resident of Khost district that Aamaj News does not name him because of security reasons, said that in second day of skirmish, Taliban forced a number of elderly people to go to the nearest place where NRF forces practice their daily trains and invite them to join Taliban. Just five of NRF fighters accepted their invitation and the others refused and said they will continue to fight against Taliban untill the freedom of Afghanistan.

The resident added that one of them were shot dead by Taliban fighters at the very moment he surrendered, but four of them remained alive with mediation of elderly people.

He also added that Taliban have made the houses of NRF forces’ families rifle-pit, and distribute the food of them among their own fighters.

Some sources confirm that one of NRF commanders named Baryali Sangin have left the area, because Taliban fighters were taken relatives of NRF forces as hostages and now there is no skirmish.

After Taliban’s domination in some districts of Panjshir and Baghlan there has been skirmish between Taliban and NRF forces. Although Taliban have rejected the presence of NRF forces, but NRF forces have claimed that Taliban have suffered heavy casualties in this region.

On the other hand, head of foreign relations for NRF, Ali Maisam Nazary in an interview with a Belgian newspaper said that NRF will start its offensive attacks by the end the winter. Nazary told Lesoir that Taliban have weakened and unorganized, they (NRF) will take the power again.

This Belgian newspaper added that Nazary wanted to convince European leaders to fights against terrorism.

Some military analysts believe that the presence of some anti-Taliban forces are the real threat to their government. These forces across the country, especially in Panjshir and Andrab organizing against Taliban.

The reporter of Aamaj News failed to have the ideas of Taliban’s spokesmen regarding this issue.