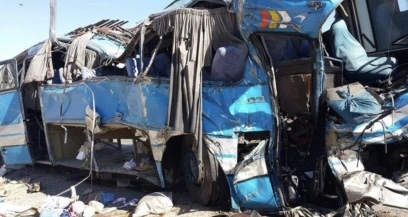 Local sources in Baghlan told Aamaj News that seven people killed and twelve others wounded as a result of a traffic accident in outskirt of this center of this province.

The sources added that the incident took place in Chashma-i-Sher area of Baghlan when a bus and a truck collided.

The Taliban health officials described the situation of the wounded as grave, and added the number of the casualties may rise.

The majority of the victims were passengers, and according to the Taliban women and children were among them.

It is mentionable that the rate of deadly traffic accidents have raised recently. The destruction of the roads, recklessness of the drivers and not observing of the driving guidelines are the main reasons of the accidents.