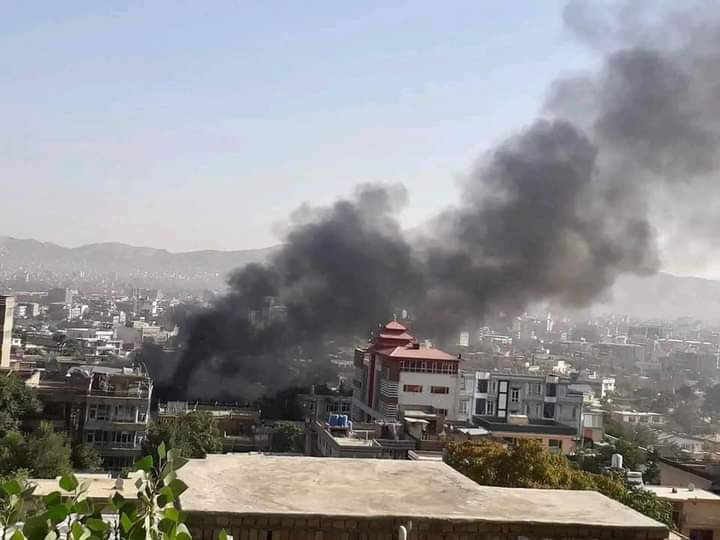 Interior ministry of Taliban said that earlier this morning, “insurgents” that their identities are not known yet, attacked on a Hindu temple in Karte Parwan, Kabul.

On the other hand, sources confirmed to Aamaj News that five consecutive explosions took place, the gunfire and explosions targeted a Hindu temple in “Gardana Bagh Bala” in Karte Parwan, PD 2, Kabul city.

Abdul Nafi Takur, a spokesman of the interior ministry of Taliban, stated that initially attackers targeted the guard of the temple throwing a grenade, then entered the temple. According to him the building of the temple has set to fire as result of the explosion of grenade, and two people have been wounded.

Takur added that attackers wanted to explode a car full of explosive, but before reaching the target the car exploded and as a result no body injured.

He added that Taliban forces have sieged the temple that attackers are in it. Yet, there is no information regarding the casualties.

India’s foreign ministry reacting to this incident said that country is deeply concerned about this attack.

Arindam Bagchi said that India is closely monitoring the situation.