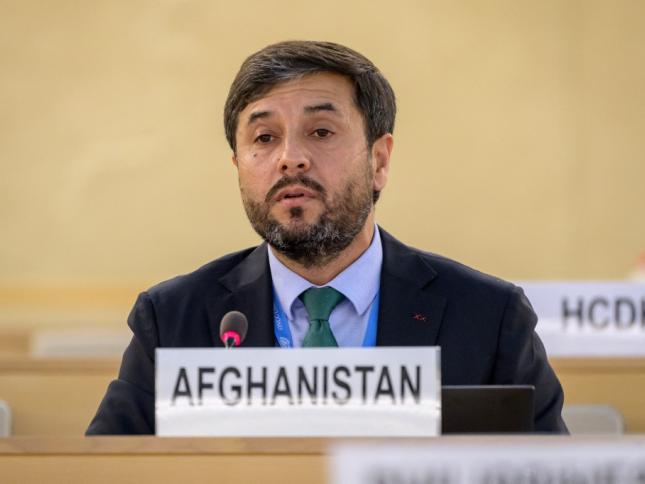 “In the past 10 months, the international community is using every possible mean to engage with the Taliban, but it appears to become a dead end filled with broken promises and deep disappointments,” Mr. Andisha added. “Women cannot participate in political life and are not represented in the government,women have become invisible in public life.”

He added as the conflict resumed in several parts of the country, gruesome reports of violations of the human rights surfaced.

It is mentionable that the session of the United Nations Human Rights Council started yesterday, and it will last until May 8, 2022.

Abdul Raoof Shirzad was born in 1995. He pursued his tertiary education in Takhar province, and despite social activities, he worked with some media outlets as well. He is now presenting news at 10:00 p.m. at Aamaj News Agency.

It is a lesson of history that a mono-ethnic government will collapse any system: Andarabi