Women and girls in AFG are facing the most extreme restrictions in the world: Rina Amiri 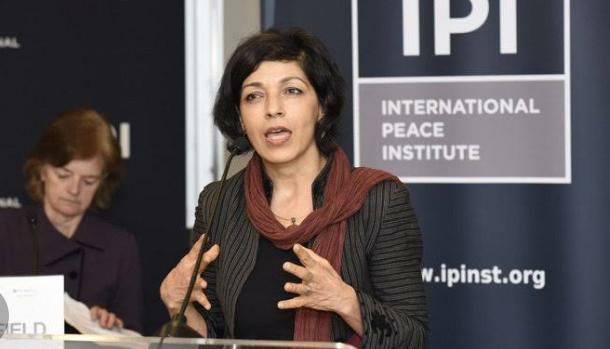 The US Special Envoy for Afghan Women, Girls, and Human Rights, Rina Amiri, in her message on arrival of Eid-ul-adha urged the Muslim world to stand with people especially women and girls in Afghanistan.

“I ask that men and women, leaders and scholars, clerics and activists in the Muslim world stand with the Afghan people, particularly women and girls who are facing some of the most extreme restrictions in the world,” she tweeted.

Earlier the US Special Envoy for Afghan Women, Girls, and Human Rights, Rina Amiri, in an interview with BBC said the Taliban regime is “the most repressive regime in the world.”

She emphasized that the Taliban have rendered Afghan women invisible.

The news comes as earlier she refused to participate a meeting with the representatives of the Taliban.

So far Taliban have imposed violent restrictions on women and girls in Afghanistan. Women and girls are deprived of work and education and they cannot travel alone.