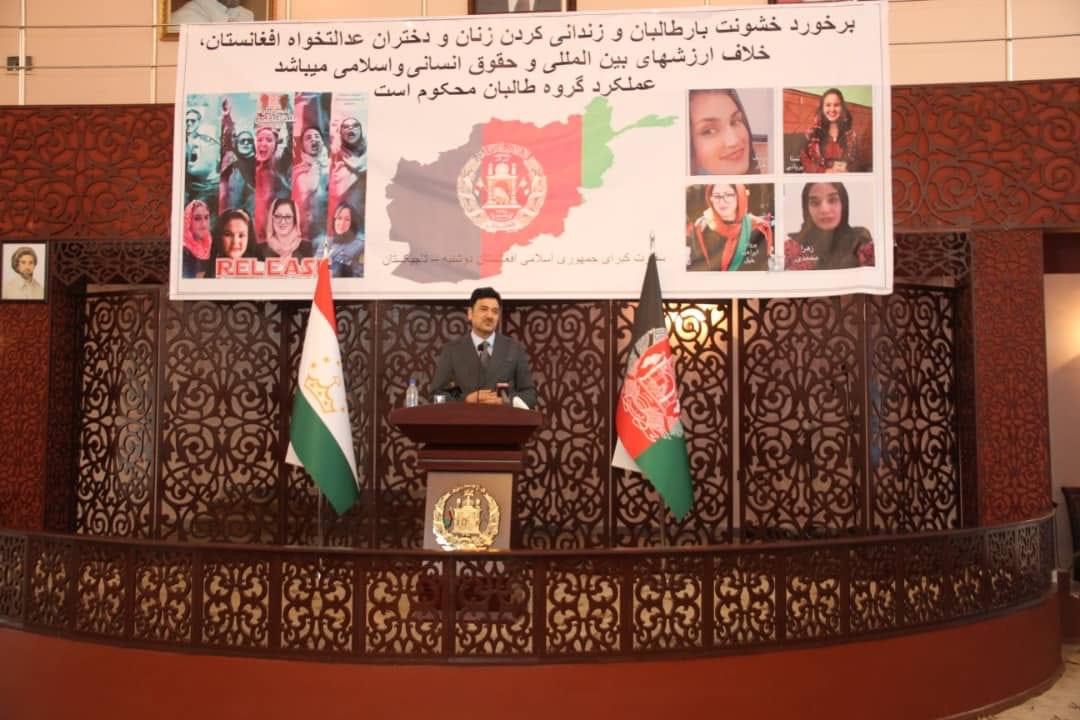 A program in support of Afghan women movement and releasing of female protesters arrested by Taliban held in Afghanistan’s embassy in Tajikistan.

Mr. Aghbar added that Taliban in their six months of government proved that living with them is problematic. According to him everyday Afghansitan is witnessing targeted killings, abduction of elite women, insecurity, instability, poverty, and emigration.

Afghan ambassador to Tajikistan believes that Taliban have thrown all national values ​​and citizenship welfare into question, that is why international community is concerned about the situation in Afghanistan, and has not recognized their government.

He called on international and human rights organizations to work for release of female protesters and to ensure the security of the Afghan people, and not to be indifferent to these issues.