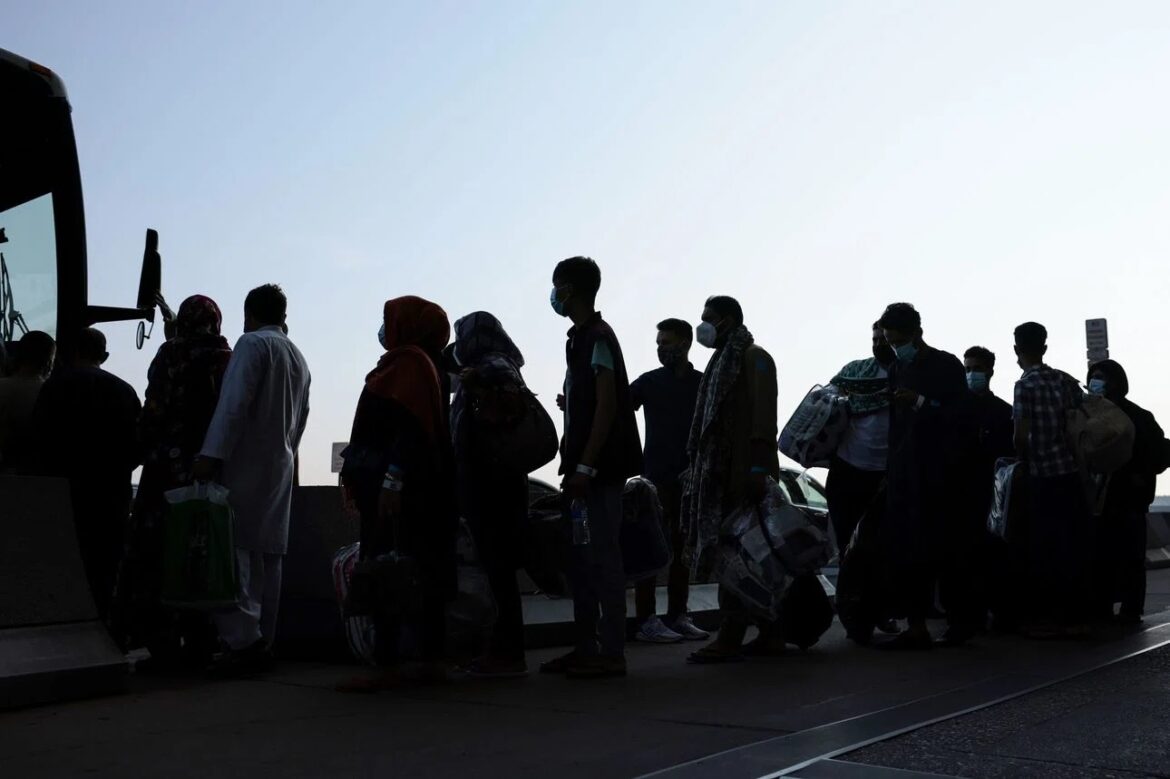 Iran has been hosting Afghan immigrants for approximately 40 years, and there is an increasing number of its guests day-to-day.

Immigrants cross the border of Afghanistan towards Iran in hiding, the path which is famous as “route of death” for a piece of bread. Sometimes they gamble their lives and go to Iran with their family or alone. It is not clear where the journey ends, but if the Iranian police arrest them, they will have a vague fate ahead.

Fahim Badakhshi is from Badakhshan province, and recently has entered Iran illegally. He says in order to pass the border, you have to gamble your life. Because it is not clear what will happen. Your life in this way directly depends on bullets of Iranian and Pakistani border forces as well as  thieves.

Badakhshi that worked with former government, after Taliban’s domination had to leave Afghanistan to go to Iran. He says to Aamaj News that Iranian forces have started an unprecedented deportation of Afghans since past few days. He says, it has been few months that he arrived in Iran while he was exhausted, and does not have any friends in this country. But he had no other option, all his family’s and his hopes vanished into thin air. Right now he is working as a construction worker, but he cannot go to the nearest shop, because he fears that police would arrest him. He earns half of an Iranian citizen wage, as he says he is not comfortable, and fears that police arrest him and deport him to Afghanistan to Taliban.

The deportation of Afghans from Iran is not something new, but it has been in fast-paced in past few days. According the videos which had been sent to Aamaj News Iranian forces deport Afghan immigrants using big trucks.

Fahim another Afghan who entered Iran illegally says that when he goes to get his salary, usually they gave him half of his salary. He cannot argue to obtain his right, because Iranian police would deport him.

An Afghan journalist, Mukhtar Wafayee, says that the difficulties of Afghans in Iran is not something new. But it has been 40 years that Afghans are in Iran, and sometimes Iranian side expedites the deportation of Afghans. Especially in past five months that a new wave of immigrants are pouring in Iran, and has been unprecedented in past 20 years.

Wafayee adds that due to economic crisis, unemployment, high prices of food, and isolation, Iran cannot reach all these Afghans, that is why they urged international community and the UN to support Afghan immigrants financially.

In response to the question of  Amaj News reporter, when Mr. Wafayee was asked whether the recent deportation of Afghan citizens from Iran could be the subject of border tensions and water controversy, he says the challenge of deporting Afghan refugees from Iran is not a new and unpredictable issue, as it has happened many times and therefore he does not think border tensions are involved.

“It’s an ongoing and public debate that the Iranian government is deporting a number of Afghan refugees to prevent more immigrants to  enter, and they know that those who are even deported will return,” he said.
According to him, what is different and worrying this time is that most of the people who have entered Iran are former security forces who were not able to go to European countries, so they went to Iran. It is not just economic issue, but because security concerns, they have taken refuge in Iran.

“If they deport these people from Iran, their lives would be in real danger. We have seen examples of this in recent months in various provinces, such as in a village in Takhar province where a young boy who had previously been a member of the local uprising movement was shot dead by the Taliban after had been deported,” he said.

Also Mawlawi Naeem and some of his men killed by Taliban in Samangan. Naeem left Taliban one year ago and joined former government, but after trying so hard could not pass the border and had been deported, as a result Taliban killed him. There are many other cases that media has no information about them.

Although Mukhtar Wafayee does not believe that deportation is something new, but an Iranian journalist on the condition of anonymity said to Aamaj News that Iran wants to pressure on Taliban by deporting Afghans, because of recent protest in Sistan and Baluchestan Province of Iran because of water.

On Friday, a group of people from the cities of Zabul, Zahak, Hermand, Nimroz and Hamoon in Iran’s Sistan and Baluchestan province gathered in the Milk border area to protest what they called the suspension of the Hermand water rights. The rally did not end peacefully and was accompanied by attacks on the trucks of Afghan citizens. Another rally was held in front of the Afghan Consulate in Zahedan to receive the Helmand water right. According to Iranian domestic media, the participants chanted slogans calling for action to receive the Hermand water rights.

Meanwhile some Afghan citizens in Iran in an interview with Aamaj News confirm that after the mentioned protest Afghans cannot easily go to work, because they fear that police identify them and deport them to Afghanistan.

Although Afghans thank the behavior of Iranians towards them, but a former soldier who went to Iran because of Taliban, says that he worked in a shop, and the owner of shop insulted him saying “filthy Afghan” and he quitted his job then.

The Iran supreme leader after Islamic Revolution said that there was no border in Islam, and then people thronged into that country. But it is not clear for how long Afghans would remain in Iran.