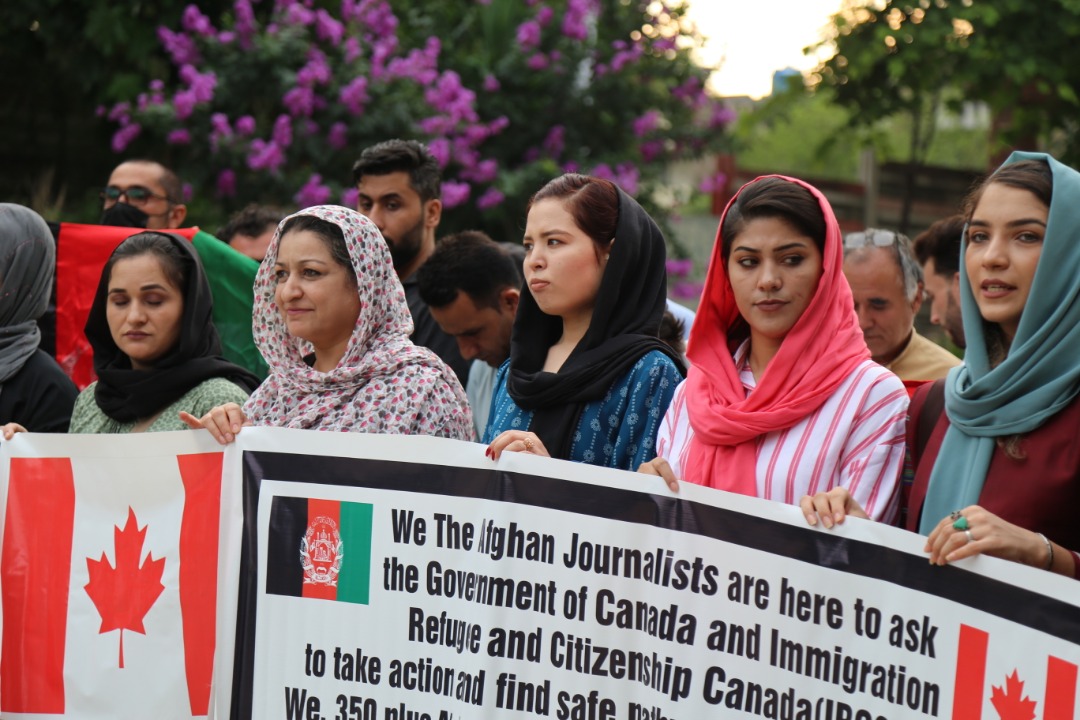 A number of journalists who have left the country after Taliban’s domination and went to Pakistan say that they are in an uncertain and terrible psychological situation.

They urged the government of Canada to review their cases.

The number of journalists that reach to 350 on July 17, during a protest said that they are at risk in Afghanistan, and the government of Canada must review their cases.

They added that they have gone to Pakistan, because their lives were under attack, and it has been several months they are living in an uncertain situation.

They expect the government of Canada to evacuate them very soon.

Recently Canadian media outlets reported that the immigration special program tackling 18,000 immigrants’ cases has reached its end for the citizens of Afghanistan, and the government will not accept new immigrants.

It is mentionable that hundreds of journalists and human rights activists have gone to Pakistan after Taliban’s domination.