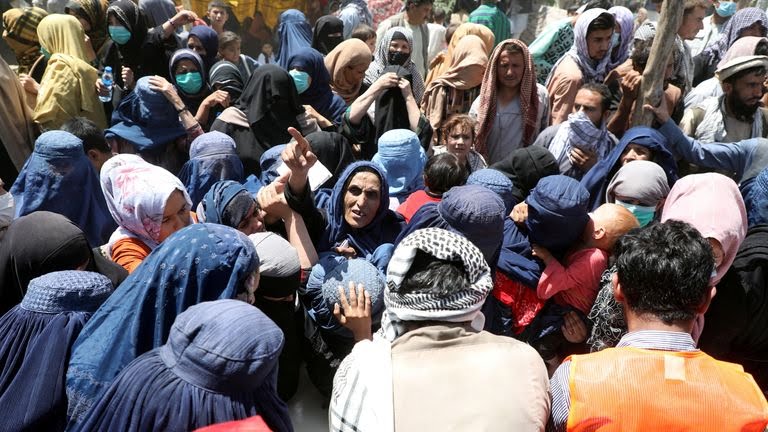 “Afghanistan in 2021 displaced Iraq from the top spot on the Negative Experience Index that the latter had occupied for the two previous years,” the study of Gallup reveals.

“Afghanistan has ranked as the least-positive country in the world every year since 2017, apart from 2020, when Gallup could not survey the country because of the pandemic. However, the country’s score of 32 in 2021 on the Positive Experience Index represents not only a new low for Afghanistan, but also a new low for any country that Gallup has surveyed over the past 16 years.”

Taliban reacting to the survey of Gallup said that it is not real.

Taliban’s deputy spokesman, Bilal Karimi, said that the report of Gallup is not right and the level of stress is not 74%.

He added that Gallup had prepared the report based on false information and propaganda.

He also added that the majority of citizens are happy and comfortable after Taliban’s domination.