The tragic disappearance of female protesters; abduction or detention? 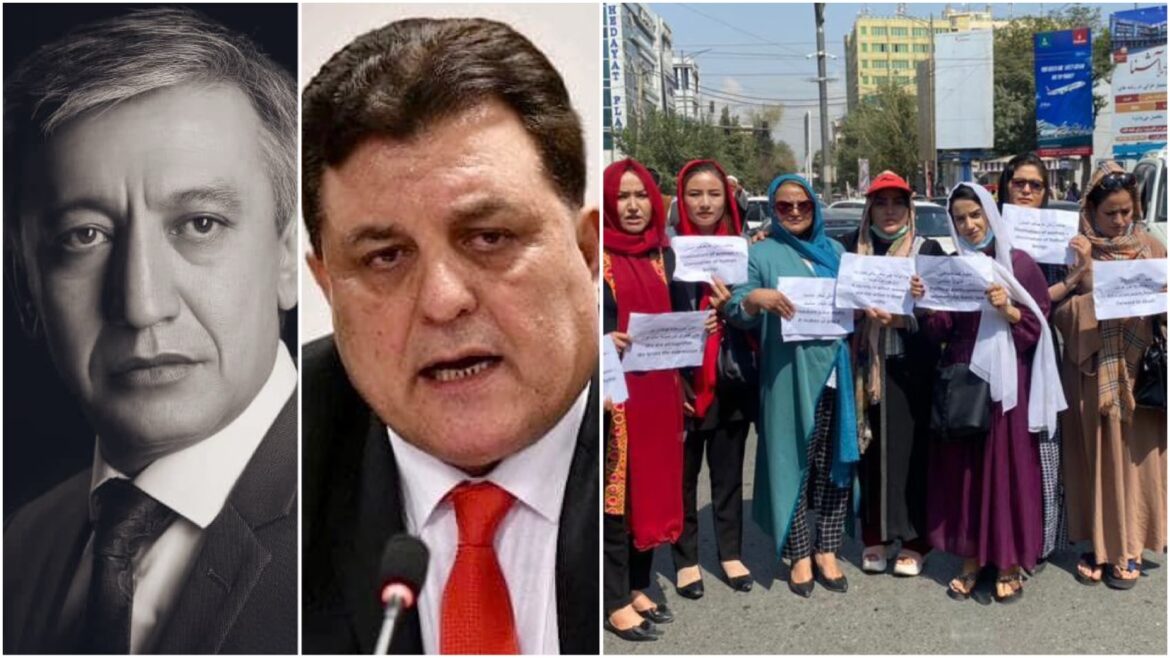 It has been more than four months that former head of women’s prison in Herat, Aalia Azizi, about 20 days that Tamana Zaryab Paryani and her three sisters plus Parwana Ibrahim Khel, and becomes several days that Mursal Ayar and Zahra Mohammadi have been disappeared.

Fiaz Ghori one of civil activists has been disappeared for past several days and nobody has information about his situation.

Taliban have not said anything about Aalia Azizi, Parwana Ibrahim Khel, Mursal Ayar, and Zahra Mohammadi, but have repeatedly expressed that Tamana Zaryab Paryani and her sisters wanted to make a case to go to Western countries.

Recently, deputy spokesman of Taliban’s government, Bilal Karimi, said that Taliban are investigating about the disappearance of female protesters.

Earlier former speaker of Kabul police department, General Mobin, in an audio file said that it is impossible to release the ones who set fire to Islamic Hijab.

International organizations and lots of people in Afghanistan have reacted to disappearance of female protesters.

But the main question, where are these women, and who have abducted them?

When Naji was asked what it means that female protesters have been abducted? He replied that Taliban’s measures towards female protesters, journalists, and some of former security forces are abduction, not detention, because detention has a legal process, and a legitimate government according to the law detain somebody. For example, the court orders the police to arrest someone, then police want that one in police station, if they refuse to come, police can arrest them according to the law. Still the one who have been arrested has rights based on law, the allegation towards him as soon as possible must be announced and he/she can choose a lawyer. Their whereabouts is clear, and the reason that they have been detained would be announced to them, their lawyers and family. But when some long-haired armed men by force enter somebody’s house during the night and take her with her three sisters, and after 15 days nobody knows about their whereabouts, it is not detention, it is abduction.

Former senior advisor of Afghanistan national security council pointing to Taliban’s foreign minister Amir Khan Muttaqi’s remarks on Taliban’s government recognition said these words are for people inside the country, these are words to make their fighters happy.

He reiterated that Muttaqi said these words to hearten their fighters and supporters.

“Muttaqi said these words in an interview to keep the Taliban and their supporters hopeful, the fact is that Taliban are moving away from the world day by day,” he said.

The news comes as one of the basic conditions and the desire of the international community to recognize the Taliban government is respecting human rights, especially women’s rights by Taliban, a demand that the Taliban have not yet complied with.

Leader of National Congress Party of Afghansitan, Abdul Latif Pedram, called the Taliban’s arbitrary arrests a form of abduction and said the exclusion of women from society has isolated the Taliban.

“The imprisonment of women and civil activists, men or women, or anyone who relies on their civil rights to protest against injustice, will be arrested,” he told Aamaj News.

Mr. Pedram added that it is illegal to detain such people. Detention has its own methods and is set out in criminal law and states how you can detain an accused person. If the accused person is not arrested according to the principles of the law, and this happens in such a way that even Taliban’s own authorities are sometimes unaware or show that they are not informed or pretend to do so, it is certainly something like abduction and a very serious crime like kidnapping.

Pedram added that abduction is not just about taking someone with you and abducting them for money or something, as soon as you threaten and silence them and ask them not to speak out against your regime, it is abduction.

Mr. Pedram stated by killing, hanging, and torturing they cannot muffle these voices, we hear voices from the other side of history. So at the time of information no voice will be silenced. Detaining and muffling the voices are not the solution. On the contrary, it isolates them. Naturally, anyone who kills and muffles the voices does not get points. On the contrary, they face the disgust of a conscious human conscience, which makes it difficult for the Taliban.

When he was asked by Aamaj News reporter “whether Taliban can gain international recognition by excluding women?” said that Taliban’s mindset is not compatible with modern world. They cannot take steps in modern world. He added that they cannot gain recognition by excluding women. Whenever they respect Universal Declaration of Human Rights and fundamental rights of citizens, they can gain recognition. It is for sure that Taliban’s minds repel legitimacy, even it be a tiny issue. Their actions badly demage their recognition. The world have put conditions on their recognition as respecting personal rights and freedom as well as women’s rights, but they do not consider. There are awakened consciences, other governments may spread parasite for their interests and may talk about engagement, they can do this. But awakened consciences of human make it difficult to them.

Meanwhile, an Afghan journalist Sami Mahdi, in a message, addressed the disappearance of female protesters and asked the Taliban why they have arrested these women?

“Although some countries are working hard to rub off disgrace of Taliban and show them as a normal current that seems to be able to interact with the world. But they are proving every day that they do not belong to this world and this homeland and time,” Mahdi said.

People blame Taliban for abducting female protesters, but they strongly deny the abduction.