A year under the rule of Taliban; Nobody knows what will happen tomorrow? 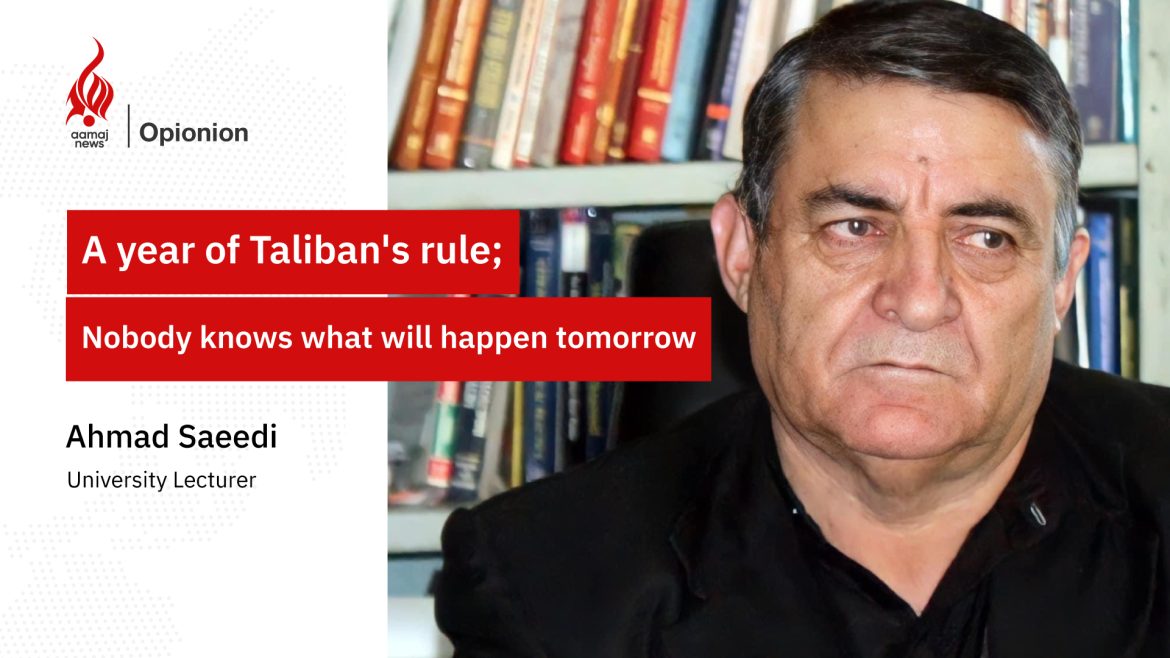 It has been a year since Taliban’s domination in Afghanistan, yet they have not gain internal and international legitimacy. In Afghanistan poverty, helplessness and confusion is dominant. Taliban are bluffing about providing the security, in fact the people feel that they are not secure neither physically not mentally, and no body knows what to do tomorrow?

A week before fall of the country the situation seemed to be bad, but no one was expecting the worst situation. All the US forces just had left the country. A certain number of international troops who remained in the country were leaving the country. Taliban had the control of half of the cities in Afghanistan and were threatening the biggest cities. But not all the people were expecting the Taliban to take the control of the lots of parts in Afghanistan comparing to September 11, 2021.

After the Taliban’s domination, the country is leading to backward. The majority of Afghans are facing an extreme humanitarian situation. Despite the Taliban’s promises regarding the reopening of girls’ schools, girls above grade sixth are not allowed to go school. The Taliban internal conflict -among their leaders- and overall security situation has added to humanitarian crisis in Afghanistan.

Taliban are divided on top level, at least there are five different groups among them- Haqqanis, the group of Barader, the Hotakis led by Mullah Yaqoob, the ISI branch supporting Hibatullah Akhundzada and non-Pashtun Taliban who are predominantly in north of Afghanistan. The disagreement among the Taliban have reduced the possibility for forming an inclusive government.

The security situation is barely good. The Taliban domination has awakened the terrorist groups as ISIS and al-Qaeda. IS–K has taken advantage of chaos in some parts of the country after fall of the former government. Terrorist attacks targeting the crowds, mainly Hazaras Shiites are taking place and remained in their place as usual.

Al–Qaeda is also benefiting the Taliban’s domination. According to the UN report its members are still in south and east part of Afghanistan – its traditional sanctuary. The group was intending to form bases in north and recruit new fighters. It has been said that Al Zawahiri was playing a consulting role, and the ties of al- Qaeda and Taliban are so close. But, Al Zawahiri was targeted by the US drone in Kabul and killed.

The killing of Al Zawahiri may cast a shadow on Taliban- US ties. The Taliban government in Kabul was struggling to have a friendly relationship with the US. It has been months that there was not any sign of Taliban’s red lines against the US. But apparently with the US drone strike in Kabul, their honeymoon has come to its end.

Anyways, we all know that weapons from Afghanistan have reach in Pakistan’s market, especially in Kashmir, and among Central Asian countries, Uzbekistan is the only one that has had close ties with the Taliban. Although, it is not clear whether Uzbekistan has benefited from this relationship, the reality is that the security situation on the borders near the Uzbekistan is decaying. Earlier this month, five rockets hit Termiz city from the soil of Afghanistan.

In the meantime, Tajikistan has criticized the Taliban a lot since their takeover. It has been said that the Taliban have allowed the Jamaat Ansarullah’s militants to patrol between Afghanistan and Tajikistan border. In recent months the presence of Tajik security forces has increased in the border area.

Tajikistan has indirectly supported the National Resistance Front of Afghanistan (NRF). The front emerged in Panjshir after the Taliban domination. NRF led by Ahmad Massoud son of late Ahmad Shah Massoud is the only real resistance forces against the Taliban.

After the survival of attack as well as the snow in the winter, NRF forces have used the opportunity to target the Taliban in Baghlan and Panjshir provinces.

As a retaliation act, several weeks ago the Taliban started their biggest attacks against the NRF. Acting defense minister of Taliban, Mullah Yaqoob son of the Taliban former leader, Mullah Mohammad Omar, led the attacks. So far their operation has failed, and the Taliban have not been able to capture any stronghold of the NRF forces. Reportedly, the Taliban have suffered heavy casualties and even one of their helicopters have been shot down.

Although, the only forces in Afghanistan to fight against terrorism is the NRF, but yet the US and its allies have not tried to be in contact with this front. In fact, last week the US Department of State stated that they are not intending to support any armed groups against the Taliban.

The US president’s decision regarding leaving Afghanistan has been a black mark on the US national honor. The remarks of the US Secretary of State has been another slap on the face of vigorous Afghans fighting against the Taliban. Lots of NRF forces are the ones that the US had trained them for two decades, and fought besides them.

Taliban are not able to control Afghanistan, in fact they are so weak. As they continue their barbarianism, lots of people support resistance groups as the National Resistance Front of Afghanistan. Additionally, terrorist groups as al-Qaeda and IS-K is waiting in this chaos to strike again. Afghans will continue with hunger and humanitarian situation will worsen. The international community does not have any program to do something

If the situation does change, Afghanistan once again enter an age of violence and suffering.

After the death of Al Zawahiri in Kabul and support of Haqqani network from this terrorist, Taliban have two ways. First, they must unconditionally accept the Doha Agreement issue or they will see themselves out of power by force.